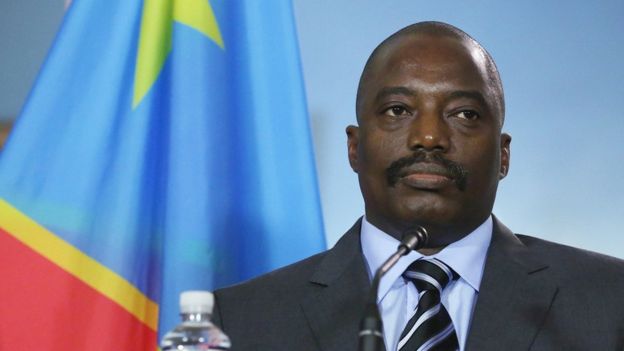 Two law and lobby firms in Washington find themselves in the middle of political unrest unfolding in the Democratic Republic of Congo.

Many of Congo’s citizens and opposition leaders, including a group represented by Akin Gump Strauss Hauer & Feld, aren’t so sure that Kabila will give up the presidency without a fight.

Kabila is constitutionally obligated to step down in December, but the Congolese electoral commission recently said that its official list of voters — necessary to carry out the election — would not be completed until July 2017.

Critics say Kabila’s government is attempting to delay the election to stay in power.

There has not been a nonviolent transition of power in Congo since it gained independence from Belgium in 1960. Kabila has been in power for two five-year terms, beginning in 2001, when he took over after his father was assassinated.

On Monday, protests raged after Kabila failed to set a date for the presidential election, and at least 17 people were killed, according to The Associated Press. Three police officers died, including one whose body had been burned, and an AP photographer saw the bodies of at least four protesters with gunshot wounds.

The violence came one day after Human Rights Watch released a report detailing a yearlong crackdown on activists and opposition leaders in the Congo.

BGR Group said it would be pleading the case to Congress that — despite the initial unrest — there would be elections in Congo and a transition of power.

“BGR is helping the Democratic Republic of Congo explain to U.S. lawmakers and media the many necessary steps it is taking to prepare for presidential elections and the peaceful transition that will follow,” a spokesman for BGR told The Hill in an email.

The contract BGR signed with the Congolese government was signed on Sept. 2 and is worth $875,000 through January 2017.

Barnabé Kikaya bin Karubi, a top adviser to Kabila, spoke at The McCain Institute last week and insisted there would be elections in the country.

“The delay will necessarily be for some months. How many months we cannot know at this time,” he said. “But please allow me to be clear: The postponement is not indefinite. We will hold presidential elections. The date will be set by the electoral commission as soon as we can possibly do so based on the options that will be given from the [current national] dialogue.”

He said that the Congolese government would be expanding voter rolls, providing security and seeking financing for the electoral process to come.

“I am here in Washington, in part, to seek help in dealing with these challenges as we move forward,” he said.

With a tense environment inside the country, relations between the United States and Congo have become strained.

The U.S. government has already imposed several rounds of targeted sanctions on the country and warned more could be coming.

The State Department on Friday issued a statement urging the peaceful transition and mentioned that it would be considering additional sanctions on “any individuals responsible for perpetrating violence or repression, or for inciting imminent violence.”

Then, on Sunday, Tom Perriello, the U.S. special envoy for the Great Lakes region of Africa, was “verbally attacked” at an airport in Congo’s capital city of Kinshasa by a member of Kabila’s ruling party. The official tried to provoke Perriello into a physical confrontation, reports said.

John Kirby, a State Department spokesman, said the U.S. government was “outraged and deeply disturbed by the physical obstruction and verbal aggression.”

“The U.S. Government protests this treatment of its Envoy in the strongest possible terms,” a release said.

Following the unrest on Monday, the department reaffirmed its readiness to impose sanctions on those responsible “for perpetrating violence or repression.”

“The goal is free and fair elections in Congo, in accordance with the constitution,” said Don Pongrace, the lead lobbyist at Akin Gump on the account.

“There is a pathway for a peaceful transition this year, even if elections can’t be held” in 2016, he said.

Congo’s constitution allows for the country’s parliament to install an interim president while election details are finalized, though a top court earlier this year said Kabila could remain in power if elections are not held in November.

However, Kabila’s ruling party has been working on negotiations to install an interim government that includes opposition leaders while allowing Kabila to temporarily remain president.

Major players in the opposition movement, however, including Katumbi and Étienne Tshisekedi, who ran against Kabila in 2011, have refused to be involved in the talks over an interim government.

In June, Katumbi was convicted in absentia of selling a house that he said did not belong to him. He has called the charges “entirely fabricated.”

The Congolese judge who convicted him has since gone into hiding, after writing a letter addressed to the county’s top politicians saying that she had been under pressure to hand down the verdict.

Katumbi’s conviction makes him ineligible to run for president, and his advocates in Washington are working to overturn that conviction.

Lobbyists at Akin Gump are also pushing for more sanctions on violent offenders and seeking support for congressional resolutions urging Congo to move forward with the election.

To support the underlying goal of peaceful transition of power, “the immediate action items are essentially encouraging the administration to take more aggressive action against the Kabila regime for its failure to hold the elections and facilitate support for the administration positions from Congress,” Pongrace said.

“The support is there.”