Kenya’s president on Saturday launched a new political party that he intends to use for a second and last term in office in the 2017 election.

The launch of the Jubilee Party followed days of political haggling in Nairobi as 12 parties dissolved and united under the new organization.

Tens of thousands of people dressed in party colors thronged to a stadium in Kasarani, a residential area of Nairobi, to witness the launch of the Jubilee Party. The ruling party and the current government took the opportunity to show how people had benefited under their rule.

“We are here as a Jubilee family to proclaim the meaning of our party,” he said. “The party we launch here today is an expression of our unity. … In launching it, we renew and strengthen our ties that bind Kenyans together. We rise from the ashes of conflict to express the beauty of reconciliation and collective purpose.”

Twenty-five years after that agreement, some politicians and activists took to the streets, demanding multiparty democracy. Then in late 2007, political violence erupted after incumbent President Mwai Kibaki won elections and was sworn into office. A power-sharing agreement in early 2008 ended the crisis.

On Friday, Deputy President William Ruto told party delegates that multiparty democracy had contributed to intercommunal fighting in Kenya during elections. He said he was confident the new party would bring some normalcy to the country.

“We are laying a firm new foundation for the politics and leadership and the management of public affairs of our country going forward, because for much of the multiparty era, our practice of politics has given democracy a very bad name,” he said. “To many people, much of the time, multiparty democracy is a tower of burden. Democracy is seen to be chaotic, noisy, unreliable, dangerous and sometimes very divisive.”

Kenyatta and Ruto were accused of being behind the 2007-08 violence and were charged at the International Criminal Court at The Hague. In the ethnic fighting, more than 1,000 people were killed, and at least 250,000 were uprooted from their homes.

Ruto said he and the president had a desire to bring different parties together and form one party with a national agenda.

Kenyatta said the new party would respect the different views of its members.

“We know the unity of the past, the unity of our fathers and mothers, was lost because we succumbed to personality cults and because we did not protect internal democracy in our parties,” the president said. “Jubilee will not make the mistakes of the party that came before us. Every shred of opinion will have its say in this party, every member will get a fair hearing, and we will embrace internal party democracy.”

Hundreds of kilometers away from Nairobi in the coastal city of Mombasa, the biggest opposition party, the Orange Democratic Movement, was celebrating 10 years since its formation.

Israel’s role in South Sudan under scrutiny amid violence 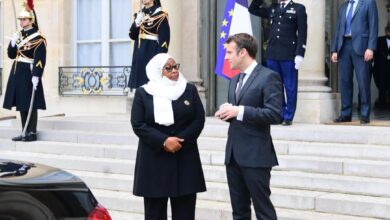 Liberia: Only 5 people being treated for Ebola in country