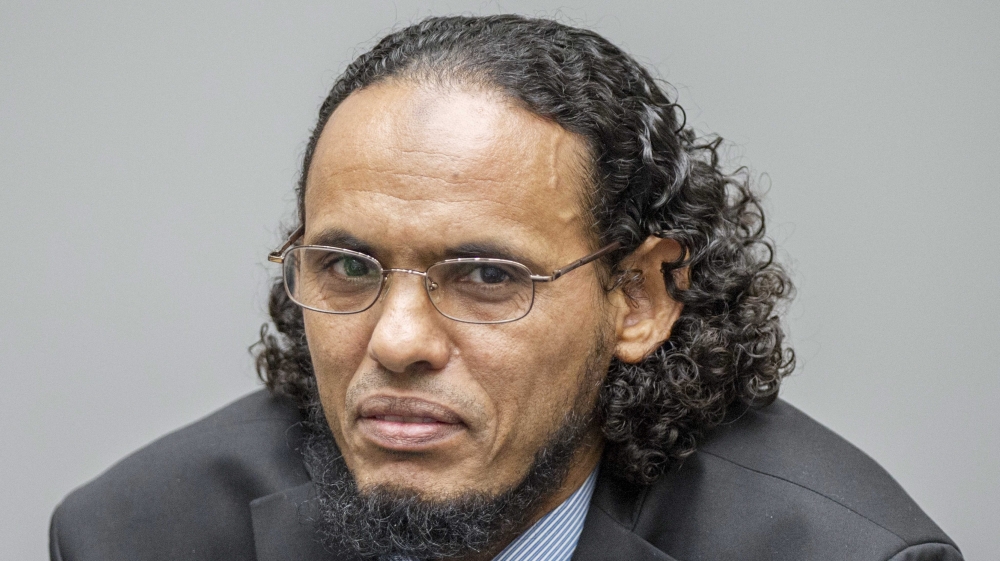 The International Criminal Court (ICC) has sentenced a former Malian fighter to nine years in prison for destroying shrines and historic sites in Timbuktu during Mali’s 2012 conflict.

In a landmark judgement experts hope will send a strong message to safeguard the world’s ancient monuments, Ahmad al-Faqi al-Mahdi become on Tuesday the first person to be convicted of cultural destruction as a war crime by the ICC.

“The chamber unanimously finds that Mr al-Mahdi is guilty of the crime of attacking protected sites as a war crime,” judge Raul Pangalangan said at the tribunal in the Hague.

During a two-day trial in August Mahdi asked for forgiveness, urged all Muslims to not follow his example and said he had been swept up in an “evil wave” by al-Qaeda and the Ansar Dine armed groups that briefly seized control of the ancient sites in the city of Timbuktu.

As part of a plea agreement, the prosecution and the defence requested a sentence of between nine and 11 years in prison. However, the judges were free to ignore the recommendation and hand down a sentence of up to 30 years.

Mahdi had admitted to charges of involvement in the destruction of historic mausoleums in the North African city. Prosecutors said he led a group of religious police using pick-axes and crowbars to destroy nine mausoleums and the door of a mosque, and at times took part himself.

Despite Timbuktu’s reverence as the epicentre of Islamic learning during Mali’s 14th-century golden age, armed fighters condemned the land as idolatrous.

During the trial, prosecutor Fatou Bensouda compared the attacks to the smashing of monuments in the Syrian city of Palmyra by the Islamic State of Iraq and the Levant (ISIL, also known as ISIS) and the 2001 destruction of the Afghan Bamiyan Buddha statues by the Taliban.

Archaeologists hope, in light of the prevalent war on art, that the trial will send a hard-hitting message to groups that wrecking culturally cherished artefacts will not go unpunished.