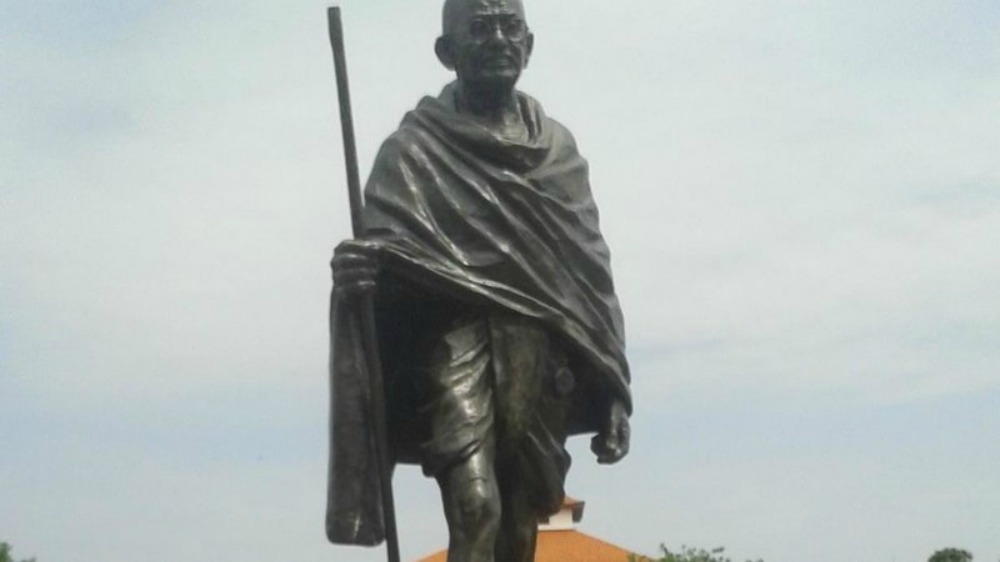 A group of Ghanaian academics, students and artists is calling for the removal of a statue of Mahatma Gandhi from a university campus, saying the leader of India’s independence movement was racist towards black people.

Gandhi spent 21 years (1893-1914) in South Africa and fought against the indiscrimination of Indians living in the country.

His statue was erected at the University of Ghana in mid-June during a visit to the country by India’s President Pranab Mukherjee.

In an online petition, professors at the university cited a series of Gandhi’s own writings during his time in South Africa to illustrate his “racist identity”.

They quoted several references in which he depicted Indians as being at a higher level than black Africans, and used the racist pejorative “kaffirs” to describe them.

One of Gandhi’s writings cited in the petition reads: “Ours is one continual struggle against a degradation sought to be inflicted upon us by the Europeans, who desire to degrade us to the level of the raw Kaffir whose occupation is hunting, and whose sole ambition is to collect a certain number of cattle to buy a wife with and, then, pass his life in indolence and nakedness.”

Born in 1869, Mohandas Karamchand Gandhi became internationally known for his legacy of non-violent resistance and for being at the forefront of India’s independence movement after nearly two centuries of British rule.

In the eyes of millions of his compatriots, Gandhi, who was assassinated in 1948, is known as the Mahatma, or “great soul”, an iconic figure who achieved political and social process through peace.

But the petition’s authors said they could not recognise such a title for a man they accused of actively siding with British colonisers to ensure the interests of South Africa’s black population were put down during his time in the country.

“How will the historian teach and explain that Gandhi was uncharitable in his attitude towards the Black race and see that we’re glorifying him by erecting a statue on our campus?” senior lecturer Kwadwo Appiagyei-Atua wrote in the campaign letter, co-signed by four other petitioners.

Last year, an online campaign using the #GandhiMustFall hashtag gained traction, while a statue of his in Johannesburg was vandalised during a rally attended by protesters holding placards reading “Racist Gandhi Must Fall”.

Ela Gandhi, the social activist’s granddaughter and a former MP for South Africa’s ruling African National Congress party, argued that while the term “kaffir” was “not considered as derogatory or [a] swear word at that time” compared to its “highly offensive” meaning today, Gandhi’s reference to African people as savage and inferior to Indians could not be justified.

“While this was within the context of an application to retain the qualified voting rights that Indians had, today, when we look at it indeed we feel disgust,” she told Al Jazeera.

“We ask why should we be critical of others to establish our own stature. There can be no justification for that. In later life, that was one of the ideals Gandhi propagated in respect of caste class and race,” Ela said, adding that there were “many other quotes” from his later years “which point to the exact opposite” of what he is being accused.

“If they do not want his statue, then by all means remove it. But I would suggest, very humbly, do not discard the notion of non-violence, of compassion, of Ubuntu, and of respect for fellow human beings, and for nature and the whole of the universe, simply because these were the ideals Gandhi stood for and was assassinated for.”

Ashwin Trikamjee, president of the South African Hindu Maha Sabha, said allegations of racism against Gandhi were not new.

“We have heard of them before,” Trikamjee told Al Jazeera.

“What is significant is that Gandhi chose to live with black South Africans and fought a common struggle against apartheid. He earned the respect of all South Africans and was particularly honoured and revered by none other than [former] President [Nelson] Mandela and the ANC.”

Pointing out that a street has been named after him in Durban, and describing him as an “inspiration to all South Africans”, Trikamjee argued that Gandhi’s “philosophy of non-violence certainly made a huge impact and certainly inspired the fight against apartheid”.

But Ashwin Desai, a sociology professor at the University of Johannesburg and co-author of The South African Gandhi: Stretcher-Bearer of Empire, told Al Jazeera that Gandhi never acknowledged nor appreciated the long struggle of African people against dispossession and “their dragooning into mines” under slave-like conditions.

“There is a misrepresentation of Gandhi by court historians who want to present a largely sanitised and universalist Gandhi; as South Africa’s first and foremost anti-apartheid fighter,” he said, adding that his racist views towards black people had widely been chronicled.

“The hagiographic version must be challenged. The truth about the South African Gandhi is uncomfortable,” Desai said.

“Those who seek to remove the statute of Gandhi have rightly focused on a man who spat on the struggles of Africans in South Africa.”

Using the online hashtag #GandhiForComeDown – pidgin for “Gandhi Must Come Down” – the campaign in Ghana has drawn comparisons to last year’s “Rhodes Must Fall” initiative in South Africa, which called for the removal of a statue of British coloniser and imperialist Cecil Rhodes from the University of Cape Town.

In their petition, which had gathered more than 1,030 signatures by Wednesday morning, the Ghanaian campaigners also cited a number of “world class” institutions that were removing “racist symbols” to urge educational authorities to pull down the statue from the University of Ghana’s Legon campus.

“In the short term … we would like to have the statue [removed],” O?badele Kambon, research fellow at the Institute of African Studies at the University of Ghana, told Al Jazeera of the campaign’s aims.

“In the longer term, we would like to show the connectedness of various related movements throughout the world for African/Black dignity,” he added, citing online campaigns such as #RhodesMustFall, #BlackLivesMatter, #ICantBreathe and #ColinKaepernick’s national anthem protest, among others.

“We see them as interconnected throughout space and time.”

The university campaigners, who are backed by the ACCRA dot ALT art collective, said they had not been consulted about the installation of Gandhi’s statue on the campus, and called for its replacement with memorials “honouring Africa’s heroes and heroines”.

“Why should we uplift other people’s ‘heroes’ at an African university when we haven’t lifted up our own?” the petitioners said.

“We consider this to be a slap in the face that undermines our struggles for autonomy, recognition and respect.” 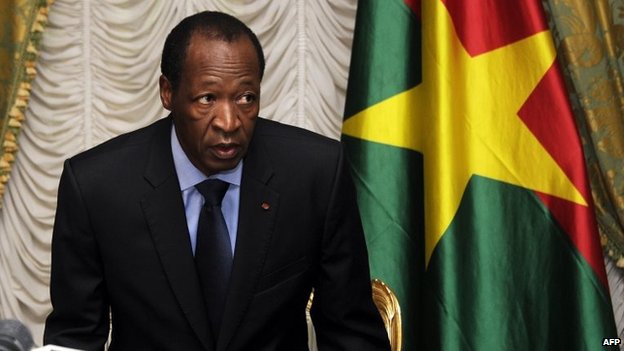