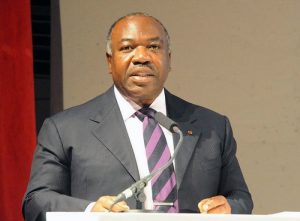 Ali Bongo Ondimba was sworn in Tuesday as Gabon’s president for a second seven-year term, after winning re-election by a slim margin in a disputed vote.

At the swearing-in ceremony, Bongo vowed to defend the constitution and to be fair to all. He called for political dialogue, but opposition candidate Jean Ping rejected the offer, accusing Bongo’s ruling party of vote-rigging.

Bongo’s victory by fewer than 6,000 votes has drawn unwelcome scrutiny of the president, whose family has ruled the oil-producing state in Central Africa for 49 years. His second mandate received a cool reception from the African Union and the United Nations, while the European Union voiced regret that the count had not been transparent.

Gabon’s Constitutional Court on Saturday declined Ping’s petition for a recount and ratified the result.

The United States acknowledged the ruling. However, it called for details of its proceedings to be made public.

Violent protests erupted across Gabon when the initial election results were announced August 27. At least six people were killed in clashes between protesters and security forces.