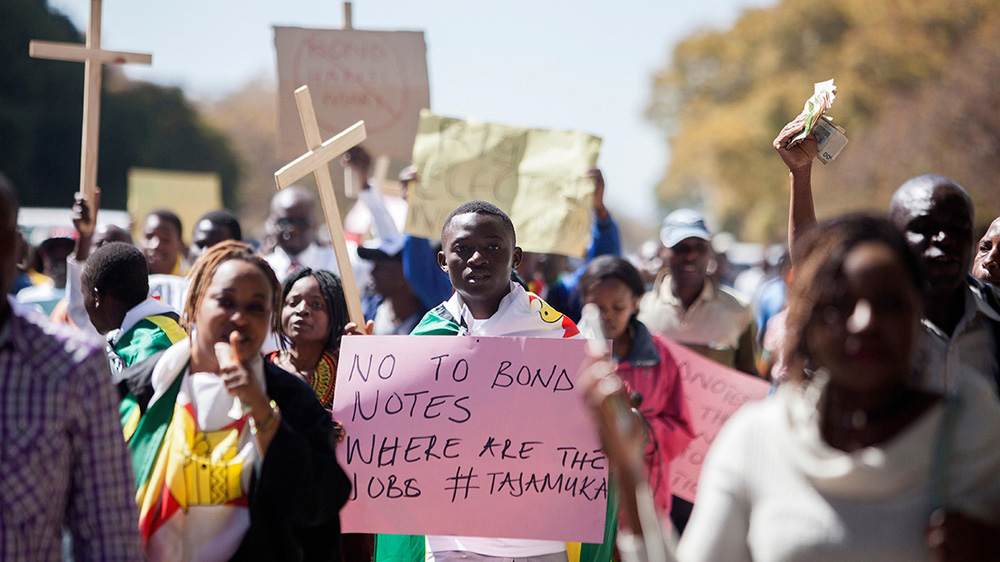 Zimbabwe says it will introduce “bond notes” equivalent to the US dollar by the end of next month to tackle cash shortages, but analysts raised concerns over a potential repeat of the excessive money printing that led to hyperinflation several years ago.

The country adopted the US dollar and South African rand in 2009 after massive inflation wreaked havoc to the economy and rendered the local currency worthless.

But Zimbabwe has run out of US dollar notes in recent months, and now hopes to ease the cash crunch by printing notes issued by its own reserve bank, starting with small denominations of $2 and $5.

“The bond notes will start to circulate by the end of October and will be at par with the US dollar,” John Mangudya, the governor of the Reserve Bank of Zimbabwe, said in the capital Harare.

“We anticipate by the end of the year $75m will be in the market.”

But analysts said the token currency would not hold its US dollar value and would be seen as a new version of the local dollar, which was rendered worthless by hyperinflation sparked by a decade-long economic crisis.

Some economists also said that printing a new “bond note” would fuel a parallel black market.

“Money is all about trust; if you don’t believe in it, you won’t accept it, or you’re going to accept it at a very deep discount,” Harare-based economic analyst John Robertson told Al Jazeera.

“That’s the issue which has not been addressed yet, and I don’t think anybody has been convinced by the claims made by the government that they are not going to print billions of these things.”

With the government again printing its own money, many in the country fear a repeat of the excessive printing that led to hyperinflation.

“No to bond notes” has been among the regular slogans heard in a wave of protests that have shaken the government of President Robert Mugabe this year.

But Mangudya denied the new bond notes would be rejected by many Zimbabweans.

“It is critical to emphasise that the introduction of bond notes does not mark the return of the Zimbabwe dollar through the back door,” he said.

WATCH: What will it take to end Zimbabwe’s financial crisis?

The new notes will be printed in Germany and backed by a $200m support facility provided by Afreximbank (Africa Export-Import Bank), the government has said.

The country’s cash shortage has forced the government led by Mugabe’s ZANU-PF party to delay paying salaries each month to civil servants and the military.

Zimbabwe once removed 12 zeros from its battered currency at the height of hyperinflation in 2009 when the largest note was the $100tr denomination. Bond coins valued in US cents were introduced in Zimbabwe in 2014 to provide small change.

Further anti-Mugabe protests are planned for Saturday, despite a police ban on rallies in Harare.

The scale of the UK’s involvement in Africa’s resources is staggering. So too is its disregard for the rights of those affected 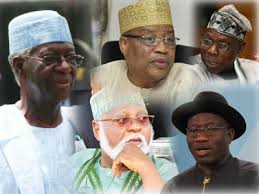