Executive Secretary, Carlos Lopes, of the Economic Commission for Africa officially told ECA staff Thursday that he was stepping down from the organization he has led for the past four years.

Speaking at a town hall meeting, Mr. Lopes, who joined the ECA as its eighth Executive Secretary in September 2012, said he was proud of what the ECA had collectively achieved during the last four years, in particular the production of quality and credible products like the Economic Report on Africa, Country Profiles and others, that are increasingly being used by Member States in policy formulation, among other things.

He commended the ECA staff for what he said were their tremendous efforts in supporting and working with him in his vision to make sure the ECA became a think tank of repute on the continent, making a difference in the lives of Africans through various products that are and will continue to make a positive impact long after his departure.

“ECA has gone up quite considerably in terms of image and credibility in terms of its work and I’m sure people feel it in their interactions everyday with our interlocutors,” Mr. Lopes said, adding the ECA did indeed live by the model of Africa First in all its work in pushing for the development of the continent through structural transformation, industrialization and regional integration, among others.

Mr. Lopes, who was flanked by his two deputies, Abdalla Hamdok, Chief Economist and Deputy Executive Secretary, Knowledge Generation Pillar, and Giovanie Biha Deputy Executive Secretary for Knowledge Delivery, said he had no doubt that from what the ECA has been able to deliver during his tenure, the organization will collectively continue to work together with its strategic partners like the African Union and the African Development Bank to promote Africa’s economic development.

“I’m just one person. With or without me the work has to continue. I was certainly your leader during these four years but all things have to come to a close,” he said. “It is very important for us to realise that leaders are always transitional leaders if they are supposed to be good leaders. To be a good leader you have to be capable of leaving when you think the time is appropriate not when you are being pushed so that’s why this decision was on my terms and my timing.”

Speaker after speaker praised Mr. Lopes for, among other things, the role he played in reforming the ECA and taking the relationship between the organization, its partners and member states to a higher level, beautifying the ECA compound, leading the organization to host big conferences impacting on Africa’s development and empowering employees across the shop floor, mostly ensuring there was gender parity in the organization.

He leaves the organization on the 30 th  of October.

Somalia asks US to explain strike that 'killed troops' 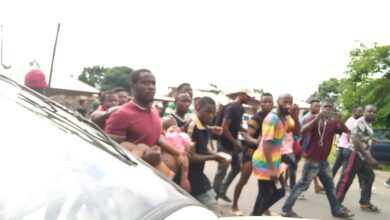