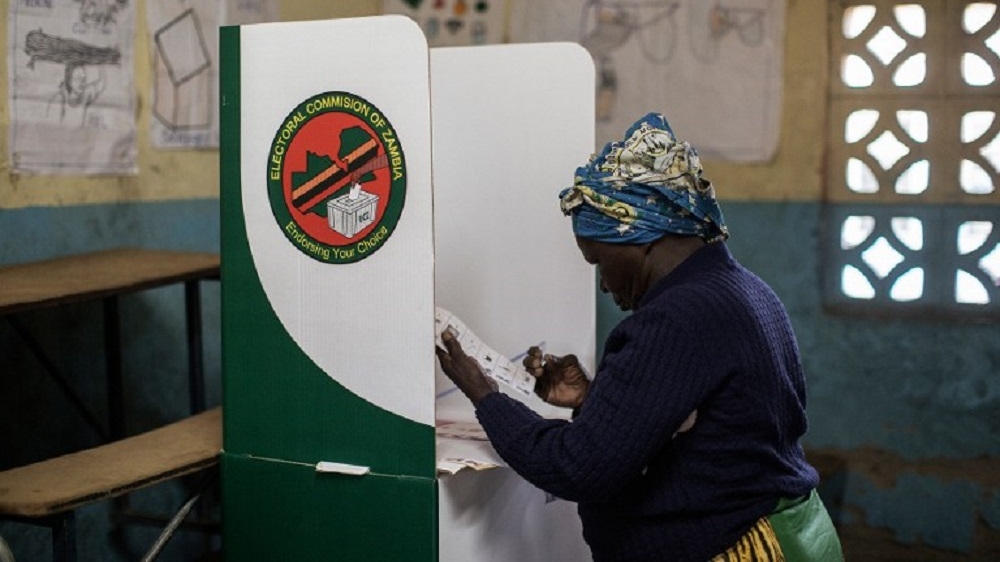 The final results gave him a lead of around 100,000 votes over opponent Hakainde Hichilema, leader of the United Party for National Development (UPND).

Zambians voted for the first time with a two-round system. Lungu won the presidency outright, gaining an absolute majority in the first round – he received 50.35 percent of the vote.

Hichilema immediately contested the outcome and said that Lungu stole the UPND candidate’s victory by rigging. Party officials announced that they will challenge the results, following the legal route of a petition to the Constitutional Court.

Allegations of rigging are not new in the history of Zambia’s multi-party elections. The difference this time is that irregularities started well before election day.

The campaign was marred by unprecedented levels of political violence, leading to several people being killed and many injured.

Crowds of PF supporters attacked opposition followers and chased them away from urban neighbourhoods across the country. However, the UPND was not without blame. They mobilised their own crowds to retaliate against PF, but with fewer resources and smaller numbers.

To make things worse, the biggest independent newspaper, The Post, was shut down by the government at the end of June, drastically reducing the opportunities for opposition voices to be heard.

On August 11, the voting proceeded in a generally peaceful fashion, but in the following days the counting process saw numerous irregularities and major delays in the final announcement of results.

Incidents ranged from the arrest of a suspected ruling party hacker caught in the verification room of the national totalling centre where official results were finalised, to mysteriously disappearing ballots, and claims that official forms with the final figures from polling stations and constituencies had not been given promptly to opposition party agents.

In their preliminary findings, the European Union observers’ mission did not declare the elections “free and fair” and embraced many of the opposition concerns.

It is hard to say how the Constitutional Court will rule on the announced UPND petition. The court can either accept the results, or nullify the election, in which case a new presidential contest would be held within 30 days.

If Lungu’s victory is confirmed, the implications for Zambia’s future would be far reaching. The PF crowds are not going to disappear.

Reports indicated that on August 16 morning, UPND followers’ homes were raided by ruling party supporters in Lusaka. On the same day, PF supporters also stormed the UPND secretariat and stole computers, documents and food supplies from the building.

They are the result of neoliberal policies which reduced state support for basic services and handed over the copper mines and other sectors of the economy to foreign investors (PDF).

They are only likely to increase in numbers, as Zambia goes through the worst economic crisis in more than 10 years.

Violence is the last sector to have been “privatised”. The police and the military have lost the monopoly over violence. Struggles in the political arena have evolved into physical confrontations between opposing crowds of supporters.

Many fear that Lungu and his associates will continue to further clamp down on democratic freedoms, to reinforce their grip on state power.

READ MORE: Zambia’s voices on the elections and their future hopes

The PF leader has also built a strong base of followers in the wider society. Through his skilful manipulation of Christian messages, he gained the allegiance of the vastly popular Pentecostal churches.

Following in the footsteps of late President Michael Sata, Lungu used a largely distorted form of socialist rhetoric that appealed to the poorest sections of society, and nurtured a close alliance with the ethnic interests of the Bemba group.

Ethnicity was an important factor in this election. Outside the urban areas, the vote was split along ethnic lines.

The Bemba areas (Northern, Muchinga and Luapula provinces) voted en masse for the PF candidate, together with people from Eastern province, where Lungu is from.

Southern province, home to the Tonga group and Hichilema, voted for the opposition candidate, joined by Western (predominantly Lozi) and North-Western (Lunda and Kaonde) provinces.

After several years of state dominance by politicians from the northern and eastern parts of the country, people from Hichilema’s rural bloc are resolute to make their claims heard. If the state does not find ways to include them, ethnic strife could be on the rise.

On August 15, people rioted against the results in Southern province, with the police making more than 130 arrests.

Groups in Western Province have been advocating secession for some time now. Increasing regional conflict and military intervention by global and regional superpowers, together with rising competition over resources between the West and BRICS, are additional risk factors for this mineral rich country.

The opposition has its own weaknesses to deal with. UPND has not moved away from an openly neoliberal agenda. Their leader is a wealthy businessman who benefited from the wholesale privatisation of the 1990s. This gives ammunition to Lungu, who portrays himself as “a humble man of the people”.

Another major mistake has been engaging the ruling party on their same terrain: during the campaign, occasional outbursts of violent retaliation were justified as self-defence, and inflammatory propaganda was rife in pro-UPND media as well.

UPND should avoid playing into PF’s provocations. The opposition needs all the support it can muster to make their case. But a non-violent approach, one that does not exclude peaceful mass protest, is essential to avoid a descent into chaos.

Vito Laterza is a research fellow in the Department of Social Anthropology, University of Oslo. He is an anthropologist and political analyst focusing on politics, economy and society in sub-Saharan Africa.