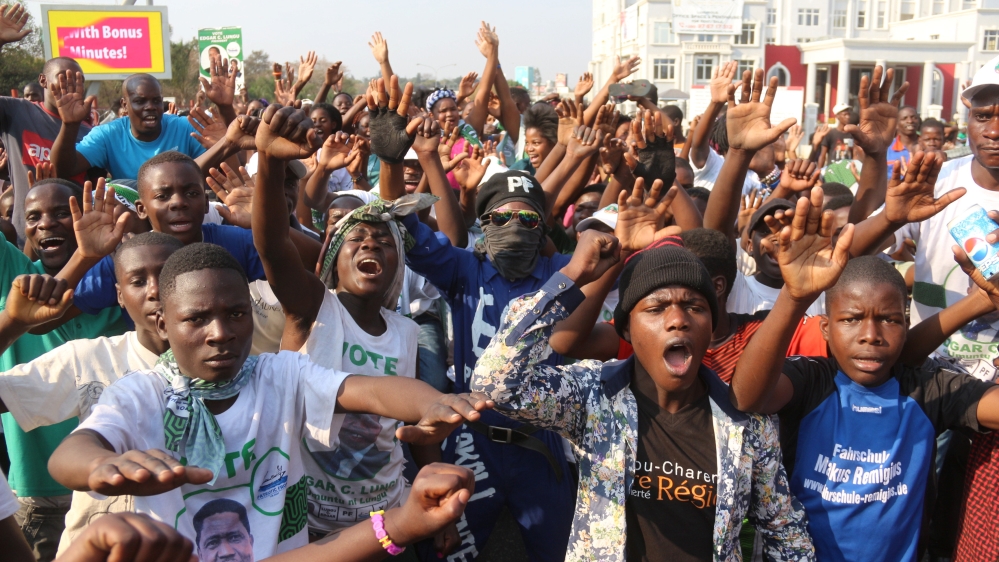 Zambian police have arrested 133 people protesting against the re-election of President Edgar Lungu after his main opponent Hakainde Hichilema said the vote was rigged, a senior police officer said.

Lungu, leader of the Patriotic Front (PF), won 50.35 percent of the vote, against 47.67 percent for Hichilema, of the United Party for National Development (UPND), according to the Electoral Commission of Zambia.

The opposition party quickly rejected that result, saying that the electoral commission had colluded to rig the result in favour of Lungu.

“They targeted perceived supporters of the ruling party, destroying their property,” Godwin Phiri, a Southern province police chief, told the Reuters news agency on Tuesday, referring to those arrested.

“It is like this was well planned and they were just waiting for the winner to be declared. Calm has now returned following the arrests.”

Lungu has been in office for only 19 months after taking power last year when he beat Hichilema by fewer than 28,000 votes in a snap election after the death in office of President Michael Sata.

His re-election secures him another five-year term.

Kenya to welcome Obama 'home' to a continent that feels ignored