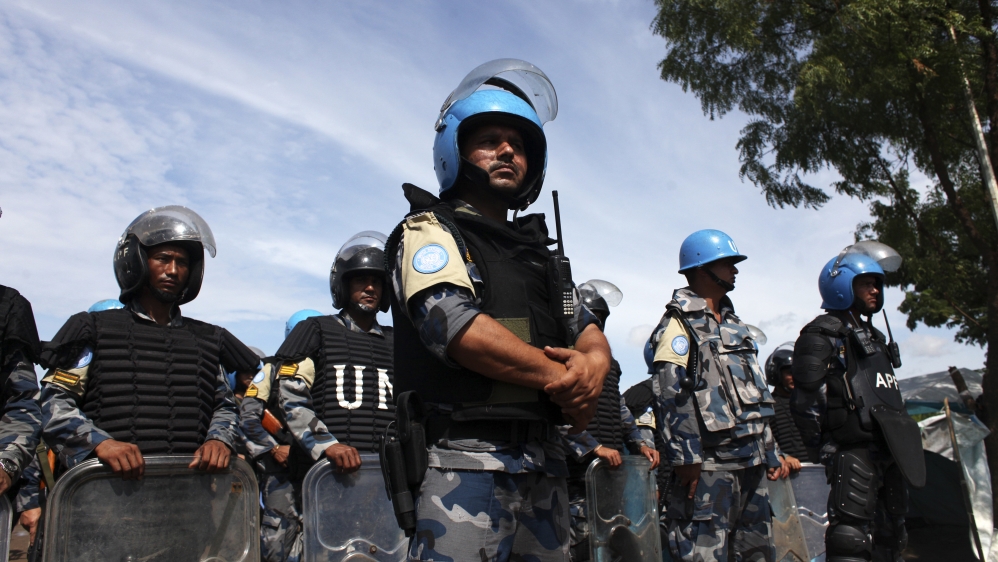 The United States has recommended that the United Nations Security Council authorise a force of 4,000 peacekeepers for South Sudan’s capital Juba after a recent outbreak of violence.

The US circulated a draft resolution to the 15-member council, which was seen by the Reuters news agency on Sunday, that would approve a regional protection force “to use all necessary means, including undertaking robust and active steps and engaging in direct operations where necessary,” to secure the capital and protect the airport and other key facilities.

The draft resolution “urges member states in the region to expedite contributions of rapidly deployable troops to ensure the full deployment of the Regional Protection Force as soon as possible.”

On Friday, South Sudan’s government agreed to allow the deployment of a protection force drawn from the immediate region, according to East African economic bloc IGAD.

The protection force would be part of a UN peacekeeping mission in South Sudan, known as UNMISS, which has been on the ground since the country gained independence from Sudan in 2011.

The 12,000-strong peacekeeping mission has been criticised for failing to stop the latest bloodshed or fully protect civilians during the fighting.

Violence broke out in Juba last month between forces loyal to President Salva Kiir and those loyal to Riek Machar, his long-time rival, threatening to send the world’s youngest country back to all-out war.

Hundreds of people were killed and the UN said both sides had executed civilians and gang-raped women and girls during and after the outbreak of fighting.

UN High Commissioner for Human Rights Zeid Ra’ad Al-Hussein said on Thursday that preliminary findings showed that the majority of crimes were carried out by troops loyal to President Kiir, who is from the Dinka ethnic group, against people of Nuer origin.

Of 217 cases of sexual violence in the capital, Juba, recorded by the UN between July 8 and 25, “those most affected were displaced Nuer women and girls and those responsible seem to have been mostly SPLA [government troops]”, Zeid said.

South Sudan was founded with optimistic celebrations in the capital on July 9, 2011, after a referendum that passed with close to 100 percent of the vote.

The post US proposes an extra 4,000 peacekeepers for South Sudan appeared first on African Media Agency.

What led to ANC's losses?