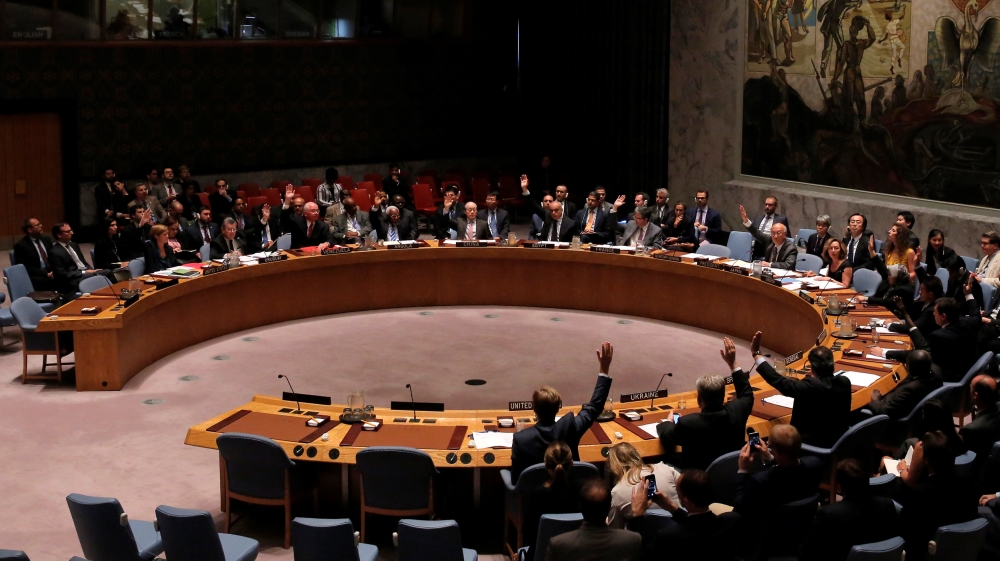 The UN Security Council has approved the deployment of an additional 4,000-strong peacekeeping force in South Sudan, after recent fighting threatened to send the country back to all-out civil war.

In response to the vote on Friday, a spokesman for President Salva Kiir said the government would not accept the UN’s decision and would not cooperate with it.

“That is very unfortunate and we are not going to ‘cooperate’ on that because we will not allow our country to be taken over by the UN,” Kiir’s spokesman Ateny Wek Ateny told Reuters news agency.

“Any force that will be called Juba Protection force will not be accepted.”

The members of the council backed the US-drafted resolution earlier on Friday with 11 votes and four abstentions.

Al Jazeera’s Mike Hanna, reporting from the UN headquarters in New York, said that as early as of next week, an “assessment team” would head to South Sudan to start the arrangement for the creation of the “protection force”.

Members of the force will be drawn from regional countries in Africa, and it will be tasked to protect the airport and promote “safe and free movement” in and out of the capital.

The South Sudanese government had warned that the deployment of more UN forces would “seriously undermines” its sovereignty.

There are already 12,000 peacekeeping troops, which have been in the country since it gained independence from Sudan in 2011.

But the force has been criticised for failing to stop the latest bloodshed, or fully protect civilians during the fighting.

An estimated 70,000 South Sudanese have already fled the country to Uganda since deadly fighting began in July.

The fighting in the capital, Juba, last month raised fears of a renewed civil war after an August 2015 peace deal and worsened a humanitarian crisis.

Riek Machar, the rebel leader and former first vice president, fled during the fighting and said he would return only when regional peacekeepers secured the capital.

The civil war began in December 2013 when government forces loyal to President Kiir, an ethnic Dinka, battled rebels led by Machar, a Nuer. Tens of thousands of people were killed in the fighting and over 2 million people were displaced.

Kiir and Machar signed a peace deal in August 2015 under which Machar was to be first vice president, but fighting has continued.

The resolution demands that South Sudan’s leaders immediately end the fighting and implement the peace deal.