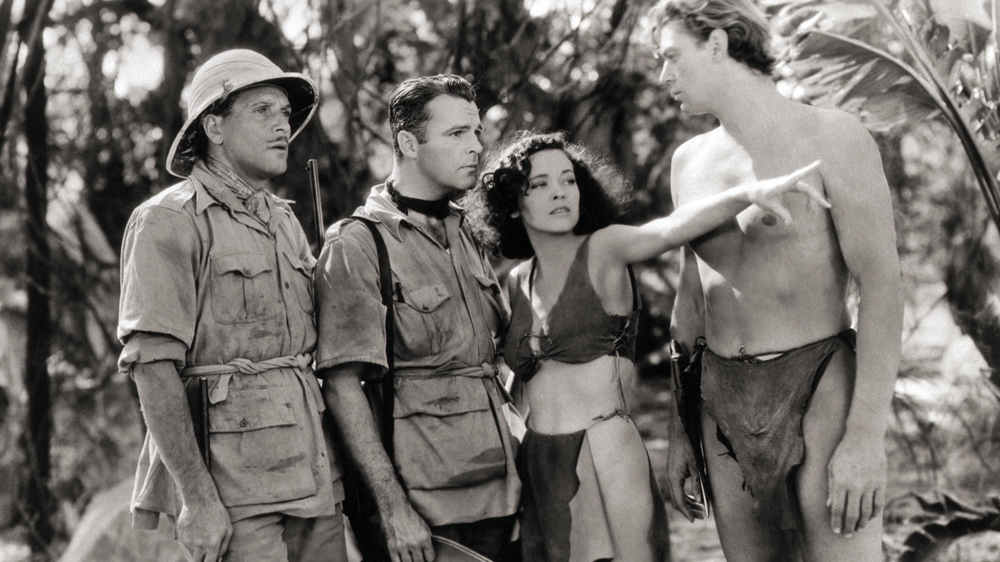 I teach a graduate seminar at Columbia University we call: “Postcolonialism: Film, Fiction, History, Theory”, in which I have included, since its 1999 publication, Adam Hochschild’s mesmerising book, King Leopold’s Ghost: A Story of Greed, Terror, and Heroism in Colonial Africa.

Imagine my surprise a few days ago while scrolling down my newsfeed to see the same Adam Hochschild had written a film review on the new version of the old Tarzan films, The Legend of Tarzan.

Prompted by Hochschild’s piece, I went to see the new Tarzan, and 30 seconds into the film, I was sucked in by the opening historical note that as a result of the Berlin Conference of 1884-1885 Congo was divided up between Belgium and the United Kingdom.

So here I was, caught between my childhood Tarzan fantasies and my adult critical thoughts, undecided between a swinging rope suggesting itself here and a postcolonial hat commanding attention there: which one to pick, and which way to swing?

The problem with this or any other Tarzan in this particular age in which we live is embedded in what Jordan Hoffman, the Guardian film critic, aptly calls “the uncomfortable optic of this glorious white couple being cheered and paraded around by their happy, loving black pals”.

The fact is that as a lame legacy of Hollywood racism building on good old British colonialist literature, Tarzan is irredeemable and should simply be allowed to fade out in a gentle archival death.

The image of a swinging Swedish Tarzan (Alexander Skarsgard) and his Snow White Jane (Margot Robbie) in the company of chest-beating apes and kindly African tribes has long since ceased to cut a palatable scene, let alone at a time when white police officers are hunting down and executing young black men in the urban jungles of our daily lives.

OPINION: Why Hollywood is still so bad at diversity

The vicious brutality of Belgian colonialism in Congo, however, finding its historical way into the Legend of Tarzan has a bit of poetic irony to it.

Two narrative traits of European racist colonialism – one historical fact and the other literary fantasy – here collide and implode into each other, and conclude in a rather ludicrous nullity.

The historical record of that rabid greed and the phantasmagorical fiction of the swinging white man that kept European colonialism good company here come together in this latest Tarzan to upstage and dismantle each other at one and the same time.

From Kurtz to Tarzan

With all his charming broken English and his friendly relations with animals, Tarzan was no innocent ape.

As he and his Jane reproduce the white Christian imagery of Adam and Eve in the Garden of Eden, Tarzan is in fact the corporeal extension of Kurtz in Joseph Conrad’s classic Heart of Darkness, in whose demonic character Conrad had taken the civilised white man only to the edge of madness when Kurtz “goes native”.

Just over a decade after the publication of Conrad’s masterpiece of colonial literature, in Tarzan of the Apes, Edgar Rice Burroughs takes his own version of “Kurtz” to a much deeper heart of darkness, as it were, where the white European man – thus self-codified – is cast into a Biblical archetype.

There and then in the inner heart of darkness, he is transmogrified into his own absolute Other, into the dark man, deeply into the subterranean fears of the white man, and, by disembowelling his Other, kills and replaces him.

Tarzan and his African Other are Cain and Abel, reconfigured into colonial history.

Tarzan thus swings from one end of the African jungle to the other – the corporeal codification of European power of presence and domination.

He maps the hidden forests of Africa from one tree to another in anticipation of deadly colonial domination that had placed him there and the deforestations that will soon chase after him.

Both Conrad’s Heart of Darkness and Burroughs Tarzan of the Apes, as well as their precursor Rudyard Kipling’s The Jungle Book, were written during the height of British imperialism in Asia and Africa, when the world was yet to be fully mapped out and colonised.

The very metaphors of the “jungle” marked the high intensity of Edenic places yet to be conquered, assayed, exploited, colonised, and destroyed.

OPINION: The toxic residue of colonialism

That same colonialism has now completed its course and ravaged the earth and its capitalist logic is now off to conquer new planets.

That metaphor of the “undiscovered jungle” is now archival, academic, quite tired and cliched.

By the time Johnny Weissmuller, an Austro-Hungarian-born American competition swimmer, was swinging and ululating in Hollywood studios in the early 1930s, the United States was being eventually dragged into World War II.

And by the time he traded his Tarzan loincloth for “Jungle Jim’s” safari suit in the 1950s, the US imperialism had just taken over from British colonialism and there were subterranean jungles of oil and other resources to exploit.

By now all those fanciful forests are deforested, all their hidden minerals extracted and shipped away.

David Yates’ Tarzan is a ghost of all the previous Tarzans haunting the memory of forests that no longer hide any heart of any darkness.

Enlightenment savagery and colonial modernity have left no stone unturned, no mineral unextracted – scarcely a forest left in which to swing from one treetop to another.

Spiderman swinging from one tall building to another is a far more apt metaphor of our urban fantasies than a Tarzan in a jungle that is no longer there to tickle a colonial officer’s fantasies.

Even Spiderman, when landing on Central Park in New York, would see zombies chasing after Pokemon Go! Beware people – it’s a jungle of augmented reality out there!

The views expressed in this article are the author’s own and do not necessarily reflect Al Jazeera’s editorial policies.