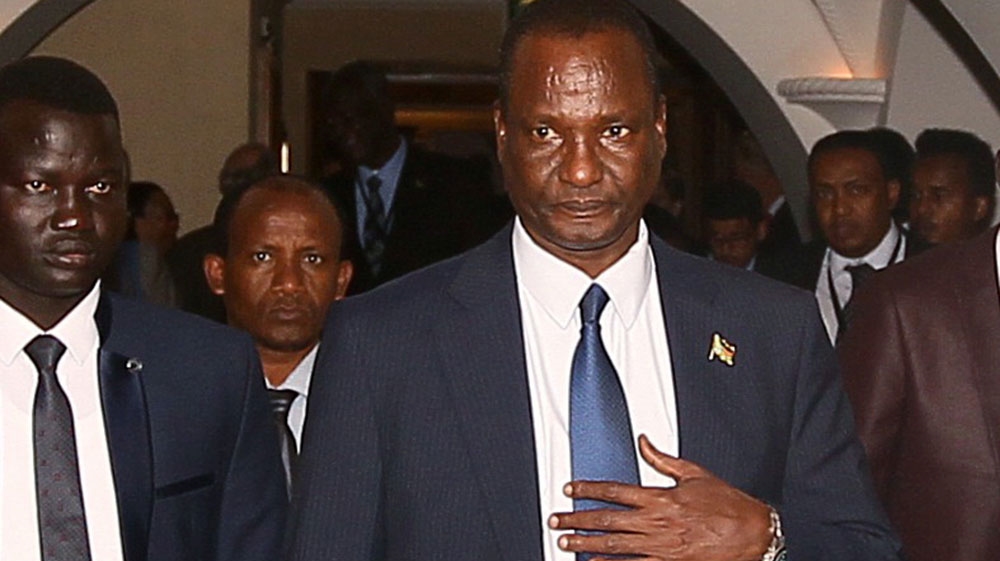 South Sudan’s government has agreed to allow the deployment of a regional protection force in the country, according to an East African bloc, after renewed fighting between rival groups last month put a fragile peace deal in danger.

Such a force has been a key demand of former vice president Riek Machar, who fled the capital, Juba, after the outbreak of violence.

The decision about the force was reached on Friday at a summit meeting in Ethiopia of the leaders of the eight countries in the Intergovernmental Authority on Development (IGAD) regional bloc.

“The government of South Sudan has accepted (the deployment of troops) with no condition,” Mahboub Maalim, IGAD’s executive secretary, said after the meeting in Addis Ababa, adding that the specific scope and mandate of the force had yet to be decided.

The force could be used to help implement the August 2015 peace deal, as well as protecting civilians and carrying out humanitarian duties, Maalim said.

Al Jazeera’s Catherine Soi, reporting from Addis Ababa, said military chiefs from member states also agreed that they would travel to Juba to work with South Sudan’s government on the deployment of the new force.

“South Sudan’s new Vice President Taban Deng Gai told the heads of states that he is ready to step down if, or when, the opposition leader Riek Machar returns to the capital,” she said.

Fighting broke out in Juba last month between forces loyal to President Salva Kiir and Machar, his long-time rival, threatening to send the world’s youngest country back to all-out conflict.

More than 300 people were killed in the violence, while up to 60,000 others were forced to flee to neighbouring Uganda.

Up to 1.6 million people are internally displaced.

According to the UN, close to five million people in the country were made hungry after the fresh eruption of violence, with South Sudan’s high inflation rate making steep food prices unaffordable to many.

The 12,000-strong UN peacekeeping mission in South Sudan, UNMISS, has faced criticism for failing to halt the latest bloodshed or fully protect civilians during the fighting.

IGAD had previously raised the possibility of deploying an “intervention brigade” with a more aggressive mandate within the UN mission currently present.

The intervention force for South Sudan could be modelled on the Force Intervention Brigade of 3,000 troops deployed within the UN’s mission in the Democratic Republic of Congo (DRC), which proved decisive in neutralising the M23 rebellion in 2013.

Also on Friday, South Sudan’s government rejected accusations from the UN that its soldiers had raped and killed civilians during last month’s clashes.

On Thursday, Zeid Ra’ad Al Hussein, UN High Commissioner for Human Rights, said at least 217 cases of sexual violence in Juba had been documented between July 8 and July 25.

Lul Ruai Koang, the government’s military spokesman, said the UN, through the UNMISS force, should provide evidence that government soldiers were involved in the crimes, adding that they had not received any formal complaints.

Is the sun setting on Japan's economic slump?