As a child, I was mesmerised by the television, but the images I saw of Africa led me to flee my continent. As an investigative journalist, I’ve exposed injustice, but I’ve also perpetuated some of these same stereotypes.

Stories shape who and what we believe ourselves to be. 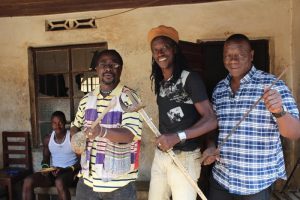 I was thirteen-years-old on 16 June 1977 when thousands of children were massacred in Soweto, South Africa. Today, that massacre is commemorated as the Day of the African Child, but for South Africans, this was the day that the young gave their lives for freedom.

Around that time, I also peered into the window of my neighbour’s house, where the TV taught us about The Ogaden War between Somalia and Ethiopia. At the time, the US was backing the Somalis whilst Ethiopia was supported by the Soviet Union.

Two years earlier, the battleground for that proxy battle had been Angola, where a civil war lasted almost three decades. Again, it all played out on that small television that we could only watch through the window.

This small box was a wondrous thing – our window onto the world. We gathered every evening to watch films and TV programmes of Africans killing and maiming each other. From across the continent – South Africa, Congo, Somalia, Nigeria, Angola – all we would see about our apparently godforsaken content was senseless bloodshed and destruction.

As this screen showed us this African brutality, it also brought us images of hope, peace and happiness. But these were images from far-off worlds – better worlds – called America and Britain. The small box persuaded us that these countries were the only sources of good in the world.

Who would not fall in love with rich, far-away lands when our own continent was consumed by war, disease and famine? Sometimes we children would cry as we watched the endless images of violence. The adults who were watching with us would say, “You’ve only just started crying. This place is finished.”

Africa is finished! That message got stuck in my head. Growing up, I wanted nothing but to leave this depressing, violent place. Very innocently, I began to hate my continent. I was desperate to flee to a beautiful, exciting, better world called England.

Eventually, I made it. But in an ironic twist of fate, I found myself presenting TV programmes on that same small box, communicating to a new generation of Africans and viewers around the world. It was a responsibility I never imagined. Together our team, called Insight TWI, tried to make films that were truer to the continent – films with more depth and nuance.

We produced documentaries of which I am very proud — important films with impact such as: ‘Cry Freetown’, which revealed horrors perpetrated by both rebels and peacekeepers during Sierra Leone, my country’s, civil war; ‘Exodus from Africa‘, about the frustrations and dreams that push Africans on treacherous journeys to Europe in search of better lives; and ‘Living with Corruption‘, an immersive view from Kenya of this most toxic of problems.

These programmes fostered a more sophisticated understanding of my continent and won awards. Yet over the years I began to feel uneasy.  In many ways, we were covering the same old ground: African despair and desperation.

More and more fellow Africans asked me to show a different side to my continent. These requests reminded me of the young boy who once huddled outside his neighbour’s house, seeing only wretched images of his homeland flickering on that small box. It occurred to me that, despite my best intentions, I had perpetuated many of the same stereotypes that made me feel so angry about the state of Africa in my youth.

These thoughts hit me hard. I came to realise that the way our stories were being told was part of the problem. International media coverage of Africa has been one-dimensional. It focuses on death, disease and disaster. We never saw an alternative perspective. The fact is that most TV editors at major broadcasters are not particularly interested in Africa, and when they are, their interest usually feeds into the well-worn narrative of Africa as nothing but a basket case continent where unspeakable things happen.

This is why I am so excited about a new project I am producing, a film that might have altered my early impressions of Africa had I seen it in my youth.

‘Sierra Leone: An Artist’s Journey’ is a feature-length documentary about a celebrated artist in my country who is on a mission to inspire a generation of Sierra Leoneans with a unifying and visionary work of theatre. For me, it is a rare chance to tell a different type of story from Africa, and particularly Sierra Leone – a country that has become a byword for African dysfunction.

There will always be a need for films that expose wrong-doing and injustice, but I am grateful for the opportunity to produce an inspiring film from Africa that will show the world my country’s art and imagination in a way that has rarely been seen. No, we will not sanitise our history or our current circumstances. Our story will grapple with the issues facing my country, but it will also dig beneath them to find stories of hope, courage and inspiration.

If our film means that even a handful of young Sierra Leoneans grow up with some more pride and hope for their country, I will feel we did an important job.

You can learn more at SierraLeoneTheFilm.com. You can get involved and donate to a crowdfunder campaign to support the film here.

*African Arguments.Sorious Samura is a BAFTA and Emmy award-winning filmmaker. A native of Sierra Leone, he now resides in the UK and works for the documentary production company Insight TWI.