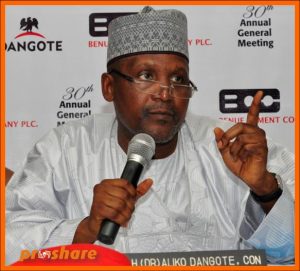 NEW YORK, August 10, 2016 – During the opening week of the United Nations General Assembly, The Africa-America Institute will celebrate and recognize the dedication and achievements of Stephen Hayes, CEO of the Corporate Council on Africa and Sunil Benimadhu, Chief Executive of the Stock Exchange of Mauritius at the AAI 2016 Annual Awards Gala on Tuesday, September 20, at Cipriani 25 Broadway in New York City.

Under the theme of “Education: The Key to Africa’s Economic Growth”, the Awards Gala will also unveil award recipients leading African nations that are making tremendous progress in expanding access to education and advancing economic growth.

African Heads of State and distinguished U.S. and African leaders, corporate executives and top diplomats will gather for one of the largest and most anticipated events celebrating African achievement in New York City. The evening affair will begin with a reception followed by dinner and the awards ceremony at 7:00 p.m.

“This year’s Awards Gala will recognize the extraordinary and unparalleled commitment of individuals and African countries for their collective contributions in promoting workforce development, economic growth and prosperity across the African continent,” said Kofi Appenteng, Chairperson of AAI’s Board of Trustees.

The 2016 Awards will honor Aliko Dangote, President and Chief Executive of the Dangote Group, with the AAI 2016 Distinguished African Business Leader Award for his role in championing African entrepreneurship, greater business and investment in Africa through his company’s global brand and his commitment to expanding regional integration on the continent. Africa’s foremost industrialist, Dangote is a member of leading Nigerian and international organizations, where he devotes his resources to contribute to Africa’s growth and development. 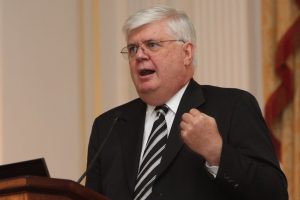 Stephen Hayes, President and CEO of the Corporate Council on Africa (CCA)

The Gala will present a special tribute to Stephen Hayes, President and CEO of the Corporate Council on Africa (CCA), where he will receive the AAI 2016 Distinguished U.S. Business Leader Award. A tireless advocate of U.S.-Africa trade, Hayes has promoted a broad agenda of trade and investment promotion, policy advocacy, public-private partnership, and citizen diplomacy while at the helm of CCA for more than 15 years. Under his outstanding leadership, CCA has experienced tremendous growth in membership to more than 200 members, representing about 85 percent of US private investment in Africa.  AAI is a founding member organization of the Corporate Council on Africa.

Sunil Benimadhu, Executive Director of the Stock Exchange of Mauritius (SEM), will receive the AAI 2016 Distinguished Alumnus Award for his remarkable achievements in fueling the economy in Mauritius. At the Stock Exchange of Mauritius, Benimadhu has played an instrumental role in uplifting the operational, technical and regulatory infrastructure of the SEM and contributed to its emergence as one of the leading Exchanges in Africa.  An alumnus of AAI’s African Graduate Fellowship Program (AFGRAD), he received a Master’s in Business Administration from the University of Illinois.

The Awards Gala will also shine the spotlight on African nations that are championing greater access to education at all levels, leading to a stronger workforce and an acceleration in job creation and economic growth.

AAI’s mission is to promote enlightened engagement between Africa and America through education, training and dialogue. The 63-year old organization’s current focus is to empower African youth to become globally competitive.

Visit the AAI Gala Page for more details on the awards gala.