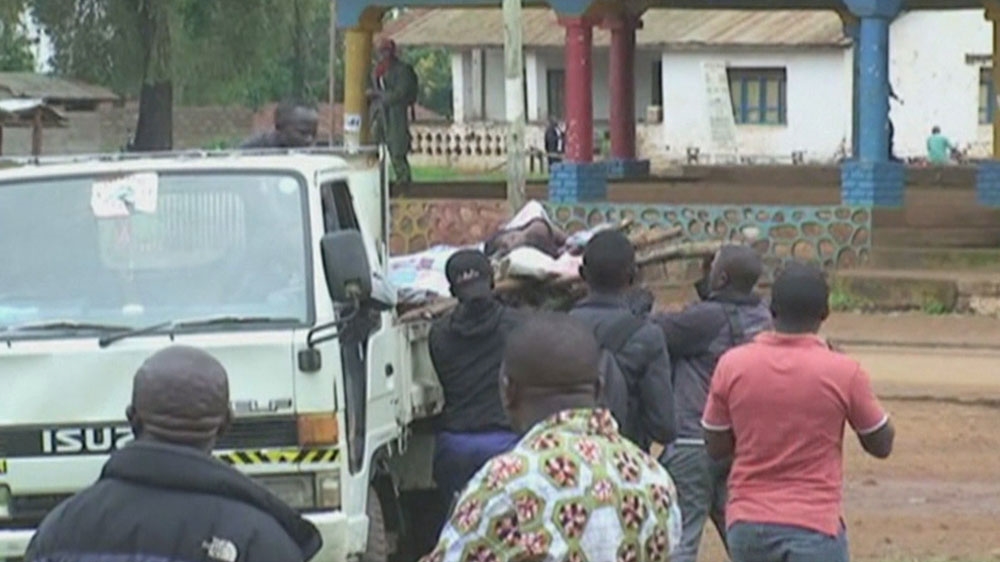 At least 64 people have been killed in northeastern Democratic Republic of Congo (DRC) in an attack carried out by suspected rebels.

Nyonyi Bwanakawa, the mayor of Beni in North Kivu, told Al Jazeera on Sunday that the attack happened on Saturday night in the town’s Rwangoma district.

READ MORE: UN peacekeepers in the DRC no longer trusted to protect

DRC troops and local officials recovered 64 bodies, but the number could rise as the search was still going on, Bwanakawa said.

Reports said the victims were “hacked to death”.

The DRC troops blamed the attack on the Allied Democratic Forces (ADF), a Ugandan rebel group known to operate bases inside neighbouring DRC.

Hazukay said the rebels had “bypassed” army positions “to come and massacre the population in revenge” for military operations in the area.

Local residents also told Al Jazeera that they had spotted ADF rebels coming out of the forest on Saturday. There was some confusion, however, as some residents said that some of the men were wearing “army uniforms”.

The attack happened barely a week after 14 people were killed in another incident near Beni.

ADF troops were also suspected of carrying out that attack, but there was no independent confirmation.

In the past, independent observers have blamed both the ADF rebels and DRC forces for deadly attacks.

ADF rebels, who oppose Museveni, have been present in eastern DRC for more than 20 years.

The group has been accused of human rights abuses and is thought to be deeply embroiled in criminal networks funded by kidnappings, smuggling and logging.

The Beni area in particular has seen numerous massacres since October 2014 that have left in total more than 600 civilians dead.

The accounting oligopoly: What’s next for the Big Four? | CNBC Explains