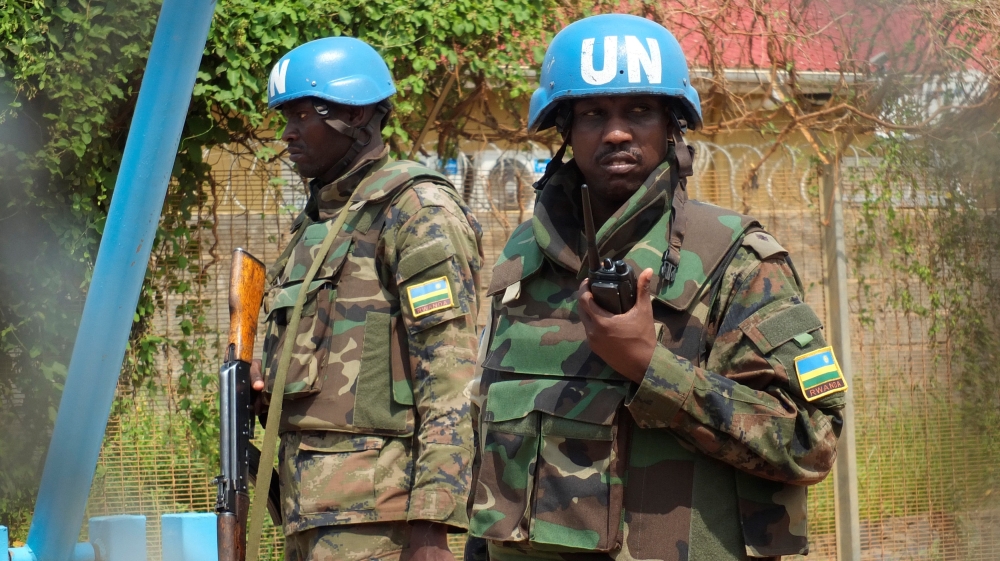 South Sudan has rejected a proposal by the United States for the UN Security Council to send 4,000 additional troops to the country, claiming it “seriously undermines” its sovereignty.

Michael Makuei, a government spokesman, said on Wednesday that the proposal that could be voted on Friday by the Security Council was giving the UN the ability to govern.

“If South Sudan is turned into a UN protectorate, then this is not the end of the game but the beginning,” Makuei said.

“It will begin with South Sudan, but it will end up with all of us being turned into new colonies.”

Under the US proposal, the force would be part of a 12,000-strong UN peacekeeping mission in South Sudan, known as UNMISS, which has been on the ground since the country gained independence from Sudan in 2011.

READ MORE: US proposes an extra 4,000 peacekeepers for South Sudan

The regional force would protect the airport and promote “safe and free movement” in and out of the capital.

If UN Secretary-General Ban Ki-moon reports within a month that authorities have blocked the regional force, an arms embargo could be imposed on South Sudan in a vote suggested in the proposal.

An East African political body, IGAD, last week said South Sudan had agreed to a regional force, but Makuei on Wednesday disagreed and said the government had not been consulted.

Yasmina Bouziane, a spokeswoman for the UN mission, told the AP news agency that South Sudan’s government has seized at least 86 passports of UN workers and imposed other restrictions that were a “clear violation” of the UN’s operating agreement with the authorities.

In addition, the UN World Food Programme has had its flight clearances revoked for all food drops coming from neighbouring Ethiopia, said spokesman George Fominyen.

Deadly fighting in the capital, Juba, last month raised fears of a renewed civil war after an August 2015 peace deal and worsened a humanitarian crisis.

Riek Machar, the rebel leader and former first vice president, fled during the fighting and said he would return only when regional peacekeepers secured the capital.