I have watched with keen interest the intrigues that has enveloped the politics leading to the emergence of the next Governor of Ondo State. The religious discrimination, senatorial district bias, propaganda, unfounded rumors and intra political parties clashes that have largely found prominence in the state politics. The truth be told, this is not only peculiar to Ondo state but to almost all political wards in the country and surprisingly the nation as a whole.

The emergence of a presidential candidate from one geo-political zone is often negotiated with a political calculation to pick a running mate from another geo-political zone to appeal to electorates for block votes. This usually comes under the disguise of equal representation but it is deeply rooted in ethnocentric bias either at geo-political zone, state, senatorial district, local government or ward levels. This concept is probably the major factor driving the emergence of political or non- political office holders at all levels in Nigeria once there is an element of benefit it can get the candidate, his/her place of origin or place of residence.

This concept in our politics is what I call “The Mad Men with Hoes Syndrome”. There is an adage in the south western part of Nigeria “When you give a hoe to a mad man, he will definitely make the heaps between his legs”. Most political office holders in Nigeria are guilty of this syndrome as it is evident in the distribution of the commonwealth at the local government, state or national levels. More visible development goes to the local government or hometown of the most prominent politician in the area. This syndrome has led politicians and the good people of Ondo State to the politics of Senatorial district in this forthcoming governorship election. I must say that this is a difficult and shameful scenario which is seriously ravaging the emergence of the next governor.

There is the emergence of all sorts of political slogans such as: Akure Agenda, Ondo North Agenda, Ondo South Agenda, Ondo Central Agenda, Owo Agenda, Akoko Agenda, Ilaje Agenda and all sorts of agendas that are largely in the interest of the candidates and their home towns. The past governors of the state since the commencement of the fourth republic are all guilty of this syndrome. Late Adebayo Adefarati not only took the state university to his senatorial district but to his home town of Akungba Akoko, the same was the situation when Late Olusegun Agagu established a university of science and technology for the state but deemed his local government fit as the best place to house the university. Dr Olusegun Mimiko who is the present Governor of Ondo State boosted this syndrome with the siting of the Ondo State Medical university in his hometown of Ondo; he ensured the biggest Mother and Child Hospital in Ondo State is sited in his hometown while crowning his syndrome with the establishment of one of the biggest and largest medical diagnostic centers in the country in his hometown of Ondo. The three names mentioned above are household names in Nigeria politics and they probably fell for the temptation to place their local governments above others in the Ondo state.

Whilst I understand we are all humans and have our bias for our hometown, local government and senatorial district; most politicians in Ondo state and Nigeria have failed to put under control the urge and pressure to develop their hometown or political base ahead of all other places. I understand that it is also important for different political areas to have reasonable representation and developmental work in government agenda but not at the expense of competence, credibility, resourcefulness and capacity to drive development across the state without visible favoritism of one side of the political divide.

The forthcoming governorship election in Ondo State has witnessed the emergence of over thirty candidates across different political parties with the main slogans of the candidates about where they originate from and not about the agenda they have for the entire state. It is sad that the elites still constitute a major problem for the democracy of this nation because among these candidates are respected lawyers, reverend retired civil servants and successful businessmen who should make the emergence of the next governor about the battle of ideas and developmental strategies but the reverse is the case as the best we have heard from all of them so far is the right or entitlement of their hometown or local government or senatorial district to the government house in Akure come the inauguration of the next government early next year.

The time has come for politicians in Nigeria to make elections, a contest of ideas, developmental strategies and unbiased philosophical leanings. The best these candidates can offer the state is an unbiased agenda that is solution driven to the myriads of developmental needs and current economic brouhaha that the state and nation have found itself. The electorate must start to x-ray political office candidates from the lens of objectivity, creativity, previous achievements and most importantly competence. It is sad to note that these ethnocentric agendas are already causing serious divides among the people of Ondo State and the consequence of this will not be palatable should there be an attempt from people across the divides to want to go all out to get their desires through unconstitutional means.

There is no better way to destroy a state or nation than ethnocentric way of voting, allocation of political offices, recruitment of candidates for positions. The truth is that it has become a natural way of leadership in this country. We must rid ourselves of this sentiments that has blinded our judgement of competence and capacity to deliver the dividends of democracy to the people at all levels of government in Nigeria.

Ondo State is a place of pride and we must shun the politics of mad men with hoes syndrome if we will develop and show other states the right kind of leadership that must be emulated for unity, peace and progress to reign supreme throughout our Nation.

*Kunle Ajayi is a youth activist and social commentator. A recipient of numerous awards the most recent of which is the Mandela Washington Fellowship for Young African Leaders. He can be interacted with @olakunleluther. 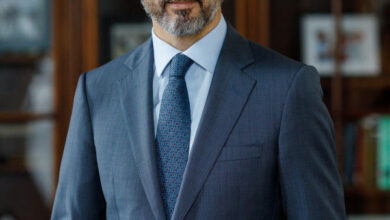 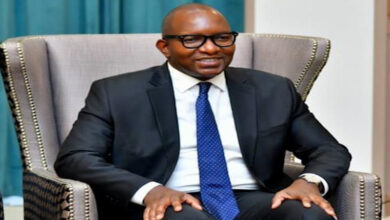 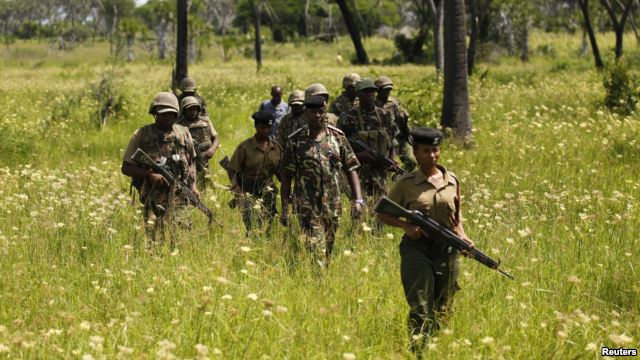