Sa’a jumped from a truck rumbling through a forest. The truck’s cargo: More than 250 Nigerian schoolgirls kidnapped in the dark at gunpoint by Boko Haram, the Nigerian terrorist group attempting to create an Islamic state in Africa.

On Sunday, Nigerian President Muhammadu Buhari said his administration would be willing to trade some captured Boko Haram fighters for the safe return of the remaining 218 hostages. He spoke in Nairobi, Kenya, as part of the Tokyo Conference on African Development.

“The terrorists are worthless. The girls are priceless,” said Ogebe. “I think it’s a good deal.”

Sa’a, now 20 and studying physical and biological science in the United States, described her ordeal to a crowd of about 100, who sat in stunned silence. The kidnapping of the 276 high school girls stirred outrage around the world.

“On the 14th of April of 2014, the Boko Haram entered Chibok town while we were in school,” Sa’s said. “It was at night while we were sleeping. We heard them shooting guns and yelling. We all woke up and we didn’t know what to do. Something similar to that had happened earlier (elsewhere). So the teachers said that if we heard something like that, we shouldn’t run away. We should wait for them to come and get us so we would know what to do.”

No teachers came — they already had run away. The military-style uniforms worn by some of the gunmen had the students thinking these were government troops there to protect them.

“When they came, they said we should all gather ourselves together, that we shouldn’t run, that they would protect us,” Sa’a continued. “So we all gathered ourselves together and sat down on the floor. One of them started telling us that he’s a member of the Boko Haram …Whatever they asked us to do, if they didn’t do it, they would kill all of us. He said he doesn’t care that he can kill all of us.”

I’M GOING TO JUMP OUT OF THIS TRUCK. I’D RATHER JUMP OUT AND DIE. [BETTER] MY PARENTS WILL SEE MY BODY AND BURY ME, THEN GO WITH THE BOKO HARAM AND NOT BE FOUND.

Sa’a, who along with a friend, jumped to escape from Boko Haram, the terrorist group that kidnapped 276 Nigerian schoolgirls in 2014

As the gunmen marched the women around, they moved under the threat: yell or run and be killed, likely with some of your friends.

“We all thought they were going to let us go home and tell us to get married since they said we shouldn’t be in school,” Sa’a said. “But, they didn’t.”

Instead, they piled the girls in a truck large enough for car transport with the order, “Stand up and go inside or we’ll shoot you,” Sa’a said.

With girls sitting on each others’ laps, others on classmates’ feet, the truck thundered through the forest. Some of the girls started to jump, hoping to escape.

“So, I turned to one of my friends and said, ‘I’m going to jump out of this truck,’’ Sa’a said. “I’d rather jump out and die. [Better] my parents will see my body and bury me, then go with the Boko Haram and not be found.’”

The friend jumped. Sa’a landed safely. Her friend suffered severe sprains in each lower leg. She couldn’t walk. They slept under a tree.

SHE TOLD ME TO GO HOME AND LET HER DIE IN THE FOREST BECAUSE SHE CAN’T WALK AND I CAN’T CARRY HER.

Sa’a to her friend in escaping the Boko Haram kidnapping

“She had been crying the whole night,” Sa’a recalled. “She told me to go home and let her die in the forest because she can’t walk and I can’t carry her. But, I told her if you’re going to die, we die together since we escaped together. Because if I go home, I don’t know what to tell her family — that we escaped together and I left her because she injured her legs? That doesn’t make sense.

“I told her I wouldn’t leave her to die.”

With the same determination, Sa’a said she coaxed assistance from a Muslim shepherd scared to help them. He put the injured friend on a bicycle and pushed the bicycle to the nearest town with Sa’a following them.

“He took us to a village which was not far from Chibok. When we got there, we found a man with a motorcycle that carried both I and my friend, three of us on one motorcycle. He took us back to Chibok. And we found our way home to our families.”

Wilson, who championed the girls’ cause in the U.S. Congress and with Nigerian leaders said, “She is a symbol of strength for all little girls and women around the world.”

Asked if she had any survivor’s remorse, Sa’a said, “I don’t feel guilt at all because I think God has a purpose for me. So, I think now I’m here, telling the world my story, telling them what happened. A lot of people say that it’s not true, that it didn’t happen. But it happened. So, if I say my story and say what happened and they’ll say, ‘Oh, this really happened.’ And they’ll do something about it to help rescue those who are still missing.” 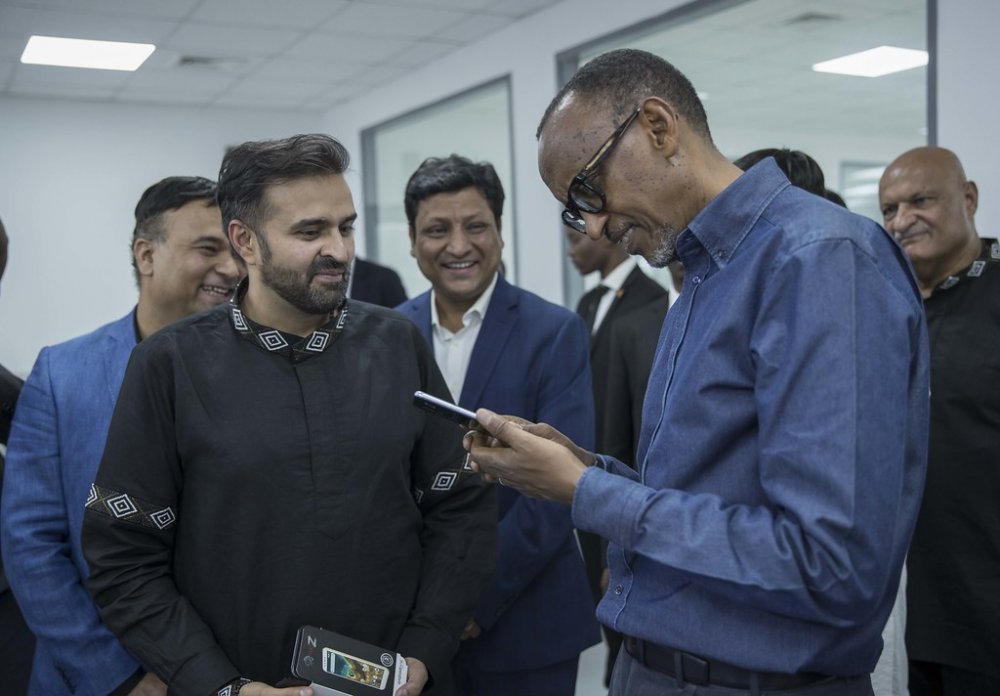