It was billed as a project that would jump start economic development and transform the film industry in an impoverished region.

But just days after a presidential spokesman announced the creation of a $10 million “film village” for northern Nigeria, the government scrapped its plans after a vocal campaign led by conservative Muslim clerics, who argued the project would encourage outsiders “to come and practice immorality and destroy our values.”

The plans for the 50-acre site were unveiled in mid-July, with promoters describing their intention to build a world-class cinematic facility for Kano, the economic hub of northern Nigeria, and home to a vibrant Hausa-language film industry, known as Kannywood.

The proposed film village would boast facilities like a state-of-the-art sound stage, as well as a mix of recreational attractions, including a shopping mall, a sports stadium, and a hotel. Developers said the project would create thousands of jobs for the region.

But the blueprint quickly met with a backlash from conservative clerics in the predominantly Muslim north.

In an audio message obtained and translated by the news website Sahara Reporters, Sheik Abdallah Usman Gadan Kanya blasted the plans for the proposed site, arguing that the project’s backers “want to destroy our religion and values.” He went on to urge supporters to campaign against the film village on Facebook and the messaging service WhatsApp.

While many rallied to his cause, others also took to social media to argue that the government should prioritize other sectors, such as agriculture, for economic development in the region.

The controversy is just the latest skirmish in on ongoing battle that’s raged almost since the birth of the two-decade-old Kannywood industry. Steeped in Bollywood-style song-and-dance numbers that often pushed the envelope for local audiences, the films have frequently stoked the ire of conservative Muslim critics.

In 1999, clerics issued a fatwa against the producers of “Saliha?” which depicted a Muslim girl engaging in premarital sex — a move that sparked burnings of offensive videos in neighboring states. The passage of Sharia law in Kano the following year brought about the introduction of a censorship board whose job it was to make sure movies complied with Islamic doctrine and Hausa cultural norms.

But in recent years the regulations have been relaxed, and the industry has thrived, finding Hausa-language audiences in neighboring countries like Cameroon and Niger.

The battle over the film village has also stoked long-simmering tensions between filmmakers in the north and their southern counterparts, whose English-language Nollywood film industry has become one of the most prolific and successful movie-making machines on the planet.

Under former President Goodluck Jonathan, a number of government funding schemes were created to bolster the industry, earning him the nickname “President Nollywood.” But while the funds were meant to benefit all Nigerians, disgruntled Kannywood filmmakers chided the government for what they perceived as a southern bias.

Some saw the film village as a way for President Buhari, who hails from the region, to redress some of those grievances by bolstering the film industry and creating thousands of jobs.

Along with its film facilities, the complex would have also given a boost to the country’s struggling advertising sector. Writing about the controversy this week, the veteran journalist Jaafar Jaafar noted how most of Nigeria’s biggest brands shoot their ads overseas. “With a standard film village in Kano, we can tap this draining revenue,” he wrote.

Jaafar was also one of many to question the priorities of conservative clerics who have voiced little opposition toward the armed Islamist group that is terrorizing northern Nigeria.

“The clerics, the Imams and their social media copycats never rose against Boko Haram terrorists the way they rose against film village,” he wrote. 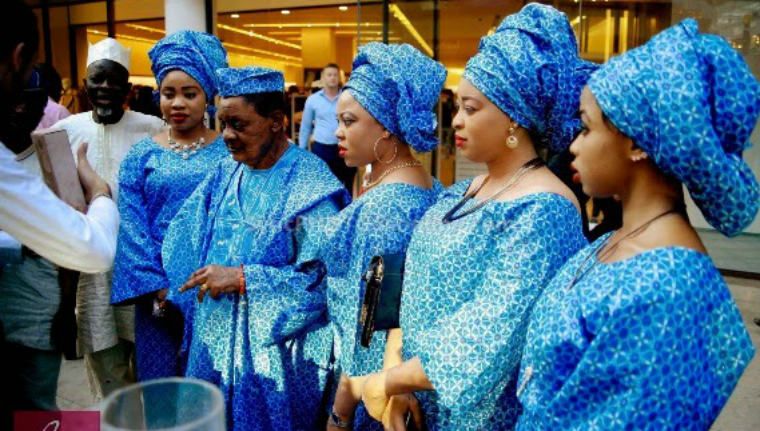