For President Ali Bongo Ondimba, whose family has been in power for half a century, winning the 27 August election may be the easy part. 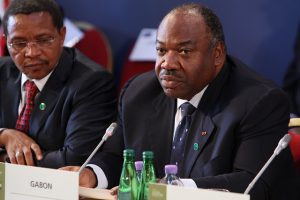 This Saturday, on 27 August, voters in Gabon will go to the polls to elect their president for the next seven-year term. Approximately 628,000 registered voters will be able to choose between 14 candidates that have been cleared to take part, though the number of people on the ballot may end up being lower as the opposition tries to build alliances around a unifying figure.

The person this opposition will be trying to unseat is President Ali Bongo Ondimba, whose  family has now been ruling Gabon for half a century. Ali’s father, Omar Bongo Ondimba, came to power in 1967 and, by the time he died in 2009, had served as president for over four decades.

During much of this tenure, Ali was a central figure, holding such positions as Minister of Foreign Affairs and Minister of Defence. Upon Omar’s death, Ali took over amidst controversial elections, which followed a short transitional period.

Since then, Gabon’s political landscape has changed and Ali Bongo faces numerous tough challenges as president. However, it is highly unlikely that these upcoming elections will mark the end of the Bongo dynasty’s time in power.

In fact, everything in the Gabonese electoral system favours the status quo. For instance, there are no presidential terms limits and the first-past-the-post-system means the winner does not need to gain an absolute majority. In 2009, Bongo obtained just 42% of the vote, with his two main challengers – Mba Obame and Pierre Mamboudou – each gaining around 25%.

This system has not always existed in Gabon and is partly the legacy of Omar Bongo. From 1968, the country was ruled under a single party system, until the end of the Cold War heralded in a new era of multiparty elections in 1990. In 1997, a constitutional amendment introduced term limits and a two-round electoral system. However, Omar Bongo’s 2003 constitutional reform removed these term limits and implemented a single round of voting.

Over a decade later, his son may now be benefiting from this system, and he could be further helped by the fact that the elections are organised and supervised by the Ministry of Interior and the electoral commission. Neither of these bodies is fully independent, especially given the influence of the ruling Democratic Party of Gabon (PDG), which has been in power since independence in 1960.

What are the opposition’s prospects?

The only hope for the opposition in this election is to unify around a single candidate. And for the past year, the main opposition parties have attempted to do this, with Jean Ping emerging as the natural figure to be the lead flag-bearer.

After late negotiations last week, two of the main opposition candidates – Casimir Oyé Mba and Guy Nzouba Ndama – agreed to remove themselves from the race to support Ping. This decision by the two influential figures will certainly strengthen the “Anyone but Bongo” front, but despite their political weight and charisma, this move, coming just ten days before the vote, is probably too little too late to disrupt Bongo’s plans. There are still about ten candidates in the arena – though the landscape may keep shifting as alliances of convenience are made up to the Election Day – and Bongo only needs to get one more vote than second place.

Interestingly, all of Bongo’s main challengers are former members of the ruling party and were once close allies of either Bongo or his father.

For instance, Ping was Omar’s Minister of Foreign Affairs from 1999 to 2008 and is the former partner of Omar’s daughter and former minister Pascaline. Ping left government in 2008 when he became chairperson of the African Union Commission up to 2012, strengthening his international credentials.

Oyé Mba was also once close to the Bongos. He was Prime Minister between 1990 and 1994 and remained a minister until 2009.  He had previously decided to challenge Ali Bongo for the 2009 presidential elections, but withdrew his name on the eve of the vote.

Nzouba Ndama is another major defector from the ruling camp. He was the president of the National Assembly, an institution which he presided over for two decades, until his resignation just a couple of months ago. And finally, Raymond Ndong Sima, another presidential contender, was Ali Bongo’s Prime Minister from 2012 to 2014.

Taking another tack, opposition parties have also for several months been trying to get the courts to dismiss Bongo’s candidacy over suspicions regarding his citizenship. The French-language media is rife of speculations that Ali Bongo was Nigerian and was adopted by Omar Bongo during the Biafra war in the late-1960s. If true, this would disqualify him as Article 10 of the constitution stipulates that presidential candidates must be of Gabonese citizenship at birth.

These rumours are unproven, but they cast doubts over Ali Bongo’s origins and feed into resentment that many of the president’s close entourage, including his Chief of Staff, are foreign nationals.

Gabon’s political system can be likened to what political scientists Steven Levitsky and Lucan Way refer to as “competitive authoritarianism”. In such regimes, formal democratic institutions are perceived as the legitimate means to gain power, but incumbents violate the rules and tailor the system to create such an uneven playing field that it is virtually impossible for the opposition to win elections. Although votes may be held regularly and be free from massive fraud, incumbents use their access to state resources, deny media access to the opposition, and are able to manipulate results if needed.

This describes Gabon well, and as the incumbent at the helm of a system that has been built up around family ties and patronage for over a half a century, Ali Bongo certainly has what he needs to ensure victory.

However, winning at the ballot box may prove to be the easier part. Bongo’s next term in power will likely throw up some of the biggest challenges he is yet to face.

Gabon is classified as an upper middle-income country by the World Bank, with a GDP of $14.34 billion in 2015 and a population of only 1.8 million. But this economy is hugely dependent on oil. It is the fourth largest oil producer in sub-Saharan Africa and the natural resource is responsible for 60% of the state’s budget, 70% of the country’s exports, and 20% of GDP in 2015.

The global decline in oil prices has therefore dealt a significant blow to Gabon, which has long failed to diversify its economy. There is a widespread popular discontent, while general strikes have sporadically paralysed the public sector over the past months.

Ali Bongo may not be threatened at the ballot box this week, but these economic issues will likely crescendo after the elections. Gabon’s streets have not reached yet the boiling point that precipitated the fall of the regime of President Blaise Compaoré in Burkina Faso in 2014. But while Bongo family rule looks set to continue beyond this Saturday, it will certainly be in for a bumpy ride over the next few years.

*Source African Arguments.Oumar Ba is a doctoral candidate in political science at the University of Florida and a contributing editor for Africa Is A Country.