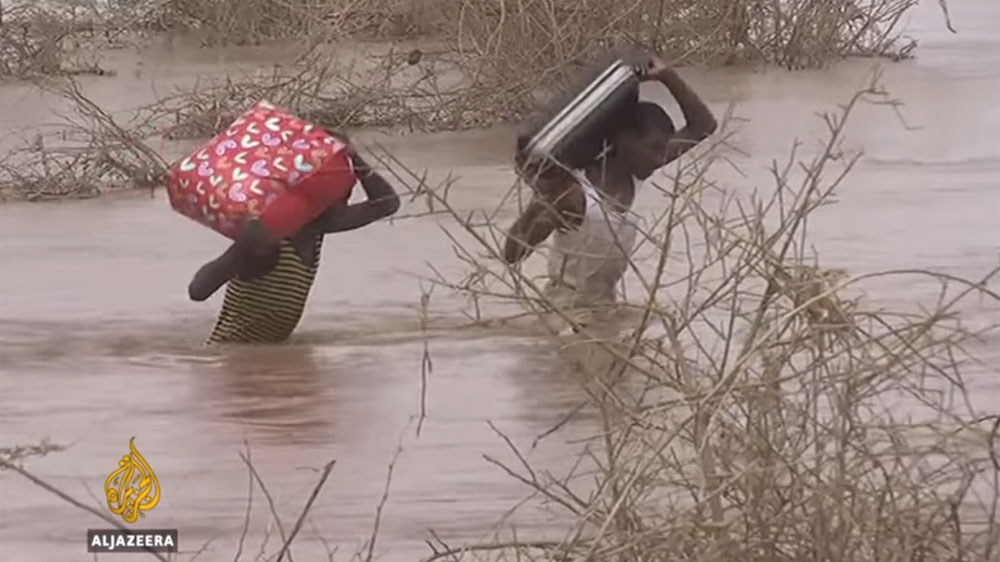 People made homeless by widespread flooding in Sudan that has killed 76 people in recent days are facing serious food shortages and threats from disease, officials say.

The Nile river is at its highest levels in more than a century and 13 of the country’s 18 provinces had been affected by flash flooding, the country’s Interior Minister Ismat Abdelrahman said on Thursday.

Heavy rains and flooding have completely destroyed 3,206 houses and damaged 3,048 others in the eastern province of Kassala, one of the worst hit areas, the interior ministry said.

According to the United Nations, the government estimates that more than 80,000 people have been affected by the flooding so far.

“We have nothing at all,” a resident of Hamashkoraib town, which is located in the worst-hit province of Kassala, told Al Jazeera.

“We badly need help. And we still fear the upcoming storms,” he said.

Fears of continued flooding have forced some to flee to the mountains where they are struggling to find water and face a serious shortage of food.

There is also not enough medicine and the threat of disease is growing.

“We’ve handed out some relief aid that will be sufficient for 72 hours,” he said.

Is the sun setting on Japan's economic slump?

Cameroon: Coalition for Dialogue and Negotiations Calls For Open, Genuine and Transparent Dialogue