In the light of almost two decades of horrendous governance under the PDP administration, the call for change by a large section of Nigerians was expectedly overwhelmingly loud. Thus, this piece is a response to Garba Shehu, Senior Special Assistant to the President on Media and Publicity, who indeed holds the copyright to the first leg of the title of this piece which I have slightly modified – as can be seen in his latest defence of President Muhammadu Buhari’s APC administration.

After 15 tortuous months in the life of the current administration, a period largely mediated by growing criticisms in the midst of persistent agony of diminished expectations, Shehu, a man you can never accuse of being inattentive, came to what was meant to be a rescue with a well-publicised apologia titled, “Is this the Change we voted for? Yes, It Is.” And in a spirited effort to convey his message, Shehu provided the question as well as the answer. Given his current station in the presidency, it is hard to fault his emphatic submission. But with due respect to him, however, I hold a different view: Although Nigerians believed in Buhari and indeed voted massively for change, I’m minded to point out that what has been served so far in real terms doesn’t seem like the change Nigerians voted for Buhari to deliver.

Yet, there are a couple of areas one would be inclined to agree with Shehu, especially concerning what this administration has done regarding security and corruption.

Sometime in November 2010, my friend and colleague from our Tell magazine days in the early 90s, Segun Adeleke, and I, had interviewed Buhari, then a presidential candidate of the Congress for Progressive Change, CPC, in one of the suites at Transcorp Hotel, Abuja. The interview titled, “Soon There Won’t Be Enough Money to Steal”, was a cover story for GIRAFFE (Vol. 1 No. 2 November 2010), a monthly magazine which we briefly published. Then, it was clear as now, that Buhari’s priority areas would be security, corruption and indiscipline.

Hear what he said when asked which direction he would be taking Nigeria if elected as president in 2011 elections: “There are two fronts. One is security. This country is terribly insecure. No serious investor can bring his money here to build factory, provide employment and goods and services when there is no power, when there are no roads, no water. Look at what the country has been earning for the past 10-11 years and look at the state of infrastructure in this country. Corruption is responsible for that. The whole world knows it. We have said it. We will still have zero tolerance for corruption and indiscipline.”

Although the country still faces security challenges in the widespread menace of herdsmen, kidnapping for ransom, rising ethnic agitations and renewed bombings down south, no honest assessor will deny that Buhari has diligently confronted this problem especially by limiting the threats hitherto posed by the Boko Haram insurgents operating from the north-east region. One grey area though remains the issue of the Chibok girls who have been in the custody of Boko Haram for more than two years. You would expect that by now, one way or the other, we ought to have arrived at a closure on this matter. But on the whole, this administration has done far better than its predecessors when it comes to security.

The same single-mindedness has been applied in tackling corruption, even if there are still reservations. All those who looted funds meant to buy weapons for the military are being identified and called to give account. In many cases, such funds are being returned while there are also court cases to bring culprits to justice.

However, in the life of his administration, you would expect that Buhari would make the famous byword of his inaugural broadcast (I belong to everybody, and I belong to nobody) really stick. But there have been occasions tempting enough for one to assume that our president is exclusively for a class of people.

In a government vigorously waving the banner of change, you would expect Buhari not to close his eyes, for instance, to the fact that his ministers have yet to follow the path he and the vice-president had taken by publicly declaring their assets. After all, strictly interpreted, change means that you want to do things differently from past administrations.

You would expect him to instantly address the first major embarrassment to his government when one of his foremost cabinet members stuck out his feet at a public function for one of his aides to polish his shoes in full glare of the public. It would not happen in countries where the leadership places premium on the dignity of the human person.

You would expect him to have halted the secret, largely nepotistic employments in some government institutions like the Central Bank of Nigeria and Federal Inland Revenue Service and demand a process that gives all Nigerians access to vacant positions in such places. In fact in a government of genuine change, all those responsible for those sham employments should themselves by now be out of jobs.

Also, there are reports in the public domain that some highly-placed officials of the presidency, under our president’s very nose, are neck-deep in shady deals running into billions of naira, acting as agents of some crooked business persons. By now, you expect Buhari to have used those reports to first suspend the officers so mentioned, and then launch an independent investigation into their activities. Any vindication of the media reports would mean automatic sack and possibly prosecution. No cover-up under any guise.

There are a legion other issues that are of serious concern to a great majority of Nigerians, and that should worry this administration. The pattern of appointments Buhari has made so far is one of them. And truly, a dispassionate assessment of these appointments would justify the questions Nigerians are posing. Take one for example: Why would a man who is already chief of staff to the president also be appointed a board member of a major government organization? Has the president by this appointment not shortchanged another person in a different section of the country who ought to have been appointed to this position?

Yes, Buhari comes across as credible with an admirably high integrity quotient; the only former Head of State who as at 2011 never owned a property outside Nigeria. But this virtue, against the backdrop of our multi-ethnic and multi-cultural society, has not been enriched enough by a healthy dose of balancing, fairness, compassion and common touch.

This government claims to be one of change, therefore, this president should be one who occasionally pays instantaneous visits to areas of crisis and disasters of alarming proportions wherever they occur in this country. Again an example: Rather than leave it to the vice-president’s wife, nothing stops Buhari from taking a trip to Kubwa to see the family of the slain woman preacher, and once again use the opportunity to re-affirm the freedom of religious practice as enshrined in the constitution and the hunting down by all means of perpetrators of such heinous crimes. Those are the periods strong messages are necessary. It is the kind of thing a President Obama would easily do.

By the way, the country is still waiting for the president on his promise before the election to reduce drastically the number of aircraft on the presidential fleet. He had said then that some of them would be sold off to cut cost. That has yet to happen, more than one year after he assumed office.

All of this, and much more that can’t be cited here, fuel a contrary standpoint to Shehu’s in the answer he gave to his question. To him I say, with all sense of modesty: No sir, this is substantially not the change we voted for.

*Godwin Onyeacholem is a journalist. He can be reached on gonyeacholem@gmail.com

Breaking the Cycle of Neglect: New Report Highlights the Economic Benefits of Eliminating NTDs in Africa 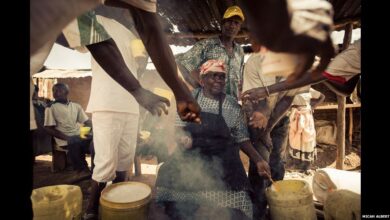 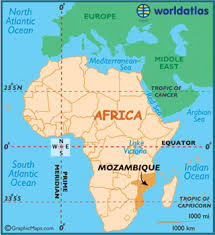