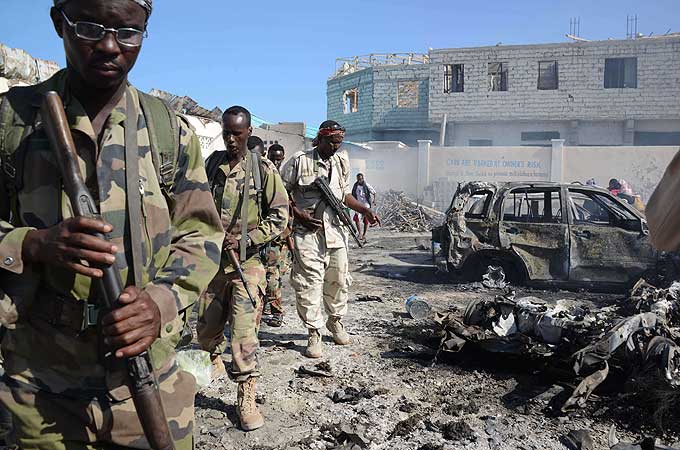 At least 20 people have been killed and several others wounded in twin suicide blasts in the central Somali town of Galkayo, according to a Somali health official.

The first vehicle explosion on Sunday targeted the local government headquarters; the second targeted emergency services at the scene of the first blast.

“There were two huge bombs. The first one was a truck bomb, followed a minute or so [later] by another car bomb. My brother was injured at the scene,” Halima Ismail, a local resident, told Reuters news agency.

Authorities initially put the death toll at 13, including civilians and security forces personnel, but a medical official said that number had risen.

“Death toll is over 20 and it may rise further,” said Ahmed Sugule, a doctor at Galkayo hospital. He said another 30 people were wounded in the attack.

Al-Shabab, the armed group fighting to overthrow the internationally-backed government in Mogadishu, claimed responsibility for the blasts.

Somalia is scheduled to hold elections later this year.