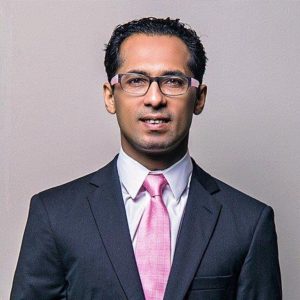 Tanzania’s richest man, Mohammed Dewji, has made a $10 million bid to acquire a controlling stake of at least 51% in Simba SC, one of the most successful soccer clubs in the Tanzanian Premier League.

At a press conference in Dar es salaam on Friday, Dewji told journalists that he plans to transform Simba SC into Africa’s most successful soccer club by hiring high quality players and investing in key infrastructure – including $2.5 million to set up a modern Simba SC stadium and training ground in Bunju, located on the outskirt of Dar es Salaam.

Simba SC, which was founded in 1936 by a group of community leaders in Dar es Salaam, currently has a fan base of more than 10 million people and is constantly ranked amongst the top 3 clubs in the Tanzanian league. But the club, which has struggled with funding and cash flow problems recently, has failed to outshine its main rivals – Azam FC, a club owned by multimillionaire Said Bakhresa and Young Africans, which is owned by local businessman Yusuf Manji.

“Simba fans need to see their club winning top honors and it is important that we recruit top quality players, hire outstanding coaches and if we set aside 4bn/- per season, we will certainly be an edge above our competitors – Young Africans and Azam FC,” Dewji said.

Simba SC is owned by an unstructured and informal group of club members and supporters. Dewji has been a key sponsor and supporter of Simba SC over the past few years and he says his vision is to see the club thrive and compete with Africa’s most successful clubs.

“Our club which is due to celebrate its 80th anniversary on August 8th, this year, is not supposed to be where it is at the moment, running four seasons without winning the league title is unacceptable,” he said.

“Simba has millions of emotional fans in Tanzania and Dewji’s company, METL Group, is a leading manufacturer consumer goods. I personally feel Dewji is merely seeking to buy into Simba in an effort to convert Simba’s followers into loyal customers for his products,” Paschal says.

Mohammed Dewji, 40, is the CEO of the METL Group, a Tanzanian industrial conglomerates with interests in manufacturing, distribution, trading, haulage, storage and real estate. He currently has a net worth of $1.09 billion according to the FORBES’ Realtime Billionaire scoreboard.

Dewji could not be reached for comment as at the time of filing this report.