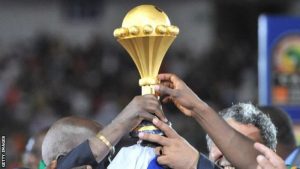 Guinea-Bissau will play at its first ever Africa Cup of Nations finals after a protest by Zambia was dismissed.

The Confederation of African Football (Caf) has ruled that Papa Massa Mbaye Fall is eligible to play for Guinea Bissau.

The Football Association of Zambia claimed Mbaye Fall had previously played for Senegal after their 3-2 loss in a 2017 qualifier in September.

However Caf’s investigations found that the keeper had not played for Senegal.

Caf added that he has never been registered with the Senegalese Football Federation, who sent them a letter to that effect in June.

While the Guinea-Bissau Football Federation provided Caf “with documents for the player which included: His birth certificate, his local ID, his current passport, his residential certificate stating that the player has lived in Guinea Bissau since 23 April 2009.”

The federation also provided proof that while the player himself was born in Dakar one of his grandmothers, Ngone Kane Diouf, was born in Guinea-Bissau.

Guinea-Bissau’s win over Zambia means they are now top of their group with an unassailable 10 points – four ahead of both Congo and Zambia – with just one round of matches left.

It means the west African nation will be in the draw on 19 October for the Nations Cup finals in Gabon that kick-off in January.