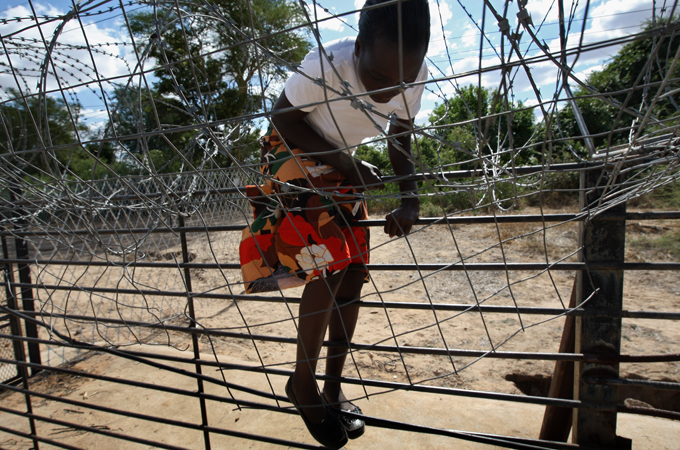 Over the past decade, tens of thousands of Zimbabwean children have taken remarkable risks to smuggle themselves across the border into South Africa.

For the most part they are acting illegally, and most travel alone or unaccompanied by adult relatives, but it is the only way that many of them feel they can escape the debilitating poverty, disease and violence they have experienced under Robert Mugabe’s regime.

This extraordinary exodus is part of a wider migration that has seen almost two million Zimbabweans leave the country in search of a better life. Some will find it, but many will find that life in South Africa will never be the safe and prosperous existence they once dreamed of.

Investigative journalist Stanley Kwenda fled Zimbabwe in 2010 when his life was threatened by senior police officers after he exposed corruption in the country’s police force.

For Africa Investigates, Stanley has returned to his homeland, once one of the richest countries on the continent, to reveal the disturbing story behind the flight of his country’s children.

Along the way, he meets 14-year-old runaways, the orphaned children of Aids victims, and goes undercover with the Magumagumas, the infamous people traffickers who operate out of border towns and whose reputation often instills fear in the lives of those who pay them for safe passage.

Zimbabwe’s Child Exodus is a searing investigation into a phenomenon, ignored by much of the world’s media, that has seen school-age African children struggling for survival and facing a dangerous and uncertain future.

As Stanley himself says: “What has my country come to, that despair and poverty are forcing children to take such dreadful risks?”

This film was first broadcast on Al Jazeera English in November 2011.