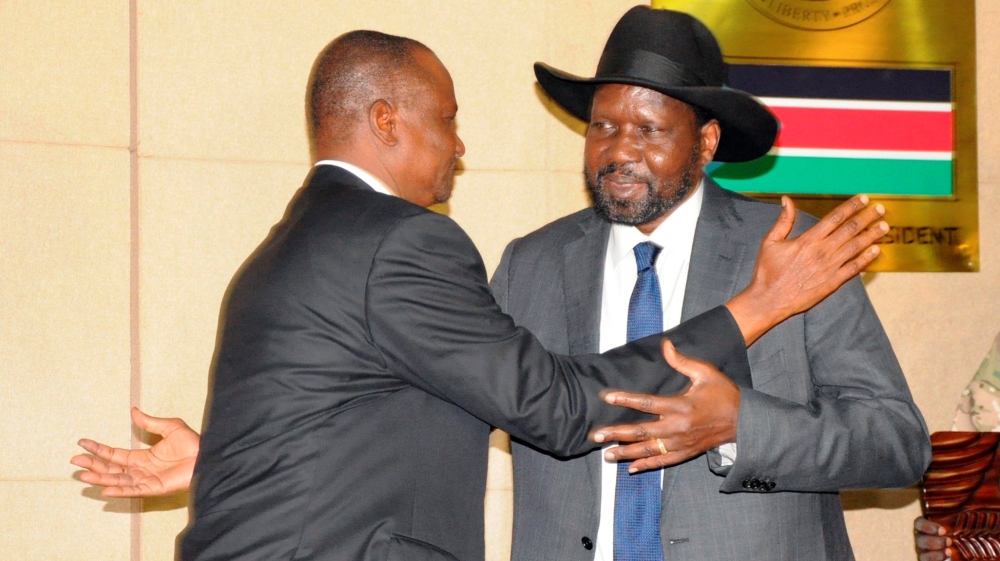 The UN has warned South Sudan’s President Salva Kiir that any political appointments must be consistent with a peace deal that ended nearly two years of civil war.

The warning came a day after Kiir replaced his vice president and rival Riek Machar with Taban Deng, in a move that could potentially undermine August’s peace agreement and send the world’s youngest country back to all-out conflict.

“Any political appointments need to be consistent with the provisions outlined in the peace agreement,” UN spokesman Farhan Haq told reporters in New York on Tuesday.

Machar left the South Sudanese capital, Juba, earlier this month after an eruption of violence in the city when forces loyal to him and Kiir battled each other for several days with tanks, helicopters and other heavy weapons.

Hundreds of people, mostly soldiers, were killed in the fighting, raising fears of a slide back into civil war.

Kiir’s appointment of Deng came after the president issued an ultimatum last week, demanding that Machar contact him within 48 hours and return to Juba to salvage the peace deal – under which the vice president must be chosen the South Sudan Armed Opposition – or face replacement.

Deng, a former mining minister and the chief negotiator for Machar’s SPLM-IO group during the peace talks, backed Kiir’s ultimatum. Machar said on Friday he had fired Deng and accused him of defecting to Kiir’s party.

“We call on all parties to ensure that the ceasefire is maintained and that any divisions within the opposition or between the parties be dealt with peacefully through dialogue,” Haq said.