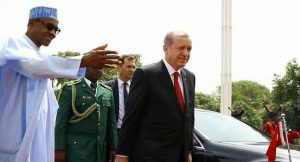 Turkey’s government has asked Nigeria to close down 17 Turkish schools in the West African country that it says are linked to Fethullah Gulen, the U.S.-based cleric that Ankara blames for the recent failed coup. Members of the Gulen Movement, headed by the cleric, run about 300 schools in Turkey and over 1,000 worldwide.

The Turkish Ambassador to Nigeria, Hakan Cakil, said that all schools linked to Gulen in Turkeyhad been shut down. He added that it was “misleading” for the schools in Nigeria to be referred to as Turkish, since they had nothing to do with the government in Ankara, Nigeria’s Premium Times reported on Thursday. Cakil claimed the schools were located in various cities around the country, including the capital Abuja, the financial hub Lagos, and the northern cities of Kano and Kaduna.

A faction within the Turkish military launched an attempted coup against the Turkish President Recep Tayyip Erdogan on the night of July 15. Major bridges in Istanbul were closed and military helicopters flew over the capital as the faction declared that it had taken control of the country. At least 246 people died during the coup, and more than 2,000 were injured.

Gulen and his followers were blamed for the coup, with Erdogan accusing them of attempting to create a “parallel structure” in the country’s institutions, including the police, judiciary, media and armed forces. Gulen, who is based in Pennsylvania, condemned the coup and denied Erdoğan’s accusations . The cleric has a wide support base in Turkey and a network of private schools stretching across 140 countries.

The ambassador made his comments during a visit from Nigerian senator Shehu Sani, the vice-chairman of the Senate Committee on Foreign affairs in Nigeria. Cakil said that he had contacted Nigeria’s Foreign Minister Geoffrey Onyeama and the chief of staff to President Muhammadu Buhari, Abba Kyari, to request the closure of the schools. 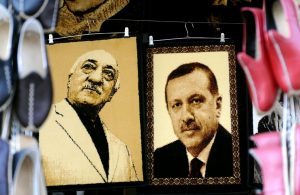 “This is an issue that the Turkish government has attached so much importance [to],” said Cakil, who claimed that the schools were raising funds for “illegal activities.” “This is a matter of national security for us in Turkey. I have instructions from my government to follow up this matter and we will be very happy to obtain the support of Nigerian legislators on that issue,” he said.

The Nigerian senator did not say categorically whether the schools would be close but said that Turkey had a right to be concerned about its security. Sani urged the Turkish ambassador to “use the instrument of democracy, liberty and constitutional right[s] to bring to book” those suspected of involvement in the coup.

Erdoğan’s government is carrying out a massive crackdown on Gulen’s supporters. The government has placed tens of thousands of people under suspension or investigation since the coup, and on Wednesday dismissed almost 1,700 military personnel and closed 131 media outlets.