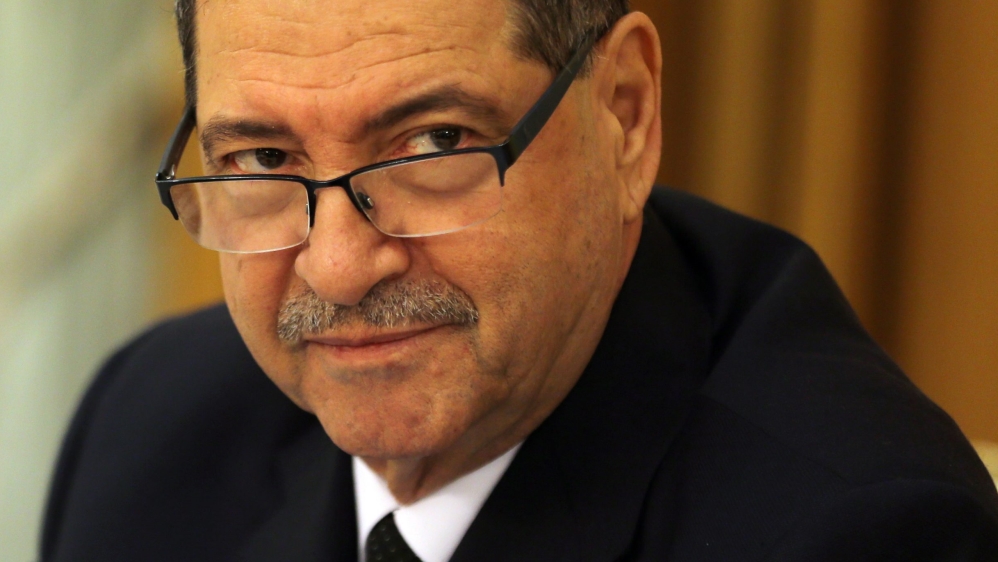 Tunisian Prime Minister Habib Essid has been ousted after overwhelmingly losing a vote of confidence in parliament.

In power for a year and a half, Essid’s opponents said he had failed to tackle the country’s economic and security problems.

A total of 118 members of parliament voted late on Saturday to unseat Essid; three voted for him to stay at the helm; and 27 abstained.

The results were largely expected, with several ruling coalition party members declaring ahead of the session that they were not going to renew their confidence in the prime minister.

Earlier on Saturday, Essid, 67, had told parliament he knew he would be voted out.

“I didn’t come to obtain the 109 votes [needed to remain in office]. I came to expose things to the people and to members of parliament,” said Essid.

Negotiations on a replacement were expected to start on Monday.

Essid had been under pressure to quit since President Beji Caid Essebsi called for a new unity government last month to push through reforms and calm social tensions over the country’s economic crisis, high unemployment and recent security issues.

Political analyst Youssef Cherif said Saturday’s events were important not only for Tunisia, but for the region.

“This is the first time in Tunisia that such an event happened; first time a government goes to parliament and a vote of no confidence is recorded,” he told Al Jazeera from the capital, Tunis, after the vote.

Cherif said, however, that the result would be bad news for the country’s economic and political situation.

“This will open the doors again for days, weeks, even months of negotiations between different political parties and different political players … [putting] all the big projects that were supposed to take place on standby until a new government is formed and voted in.”

Essid’s coalition government was comprised of four groups, including Nidaa Tounes and the Ennahda party, the largest parliamentary force.

“There is an agreement between the parties and organisations on the need for change,” Ennahda chief Rached Ghannouchi said last week, according to a Reuters news agency report.

The country has been in a state of emergency since November 2015, when a suicide bombing, also claimed by ISIL, killed 12 presidential guards in central Tunis.

Unemployment stood at 15 percent at the end of last year.