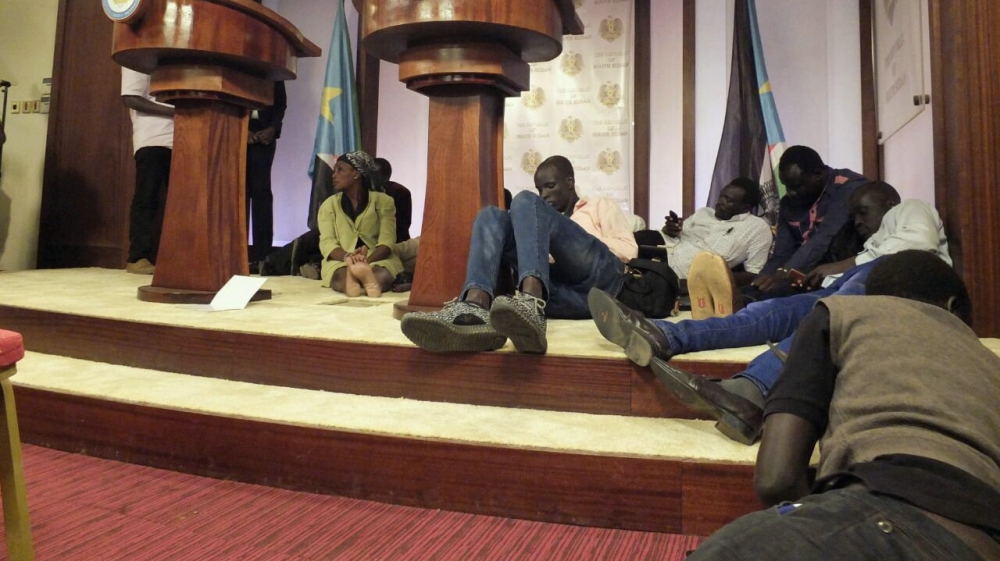 Soldiers have taken scores of bodies to a hospital in South Sudan’s capital, reports said, after gun battles broke out across the city on the eve of the country’s fifth independence anniversary.

The fighting on Friday began outside the presidential compound as President Salva Kiir was meeting with first vice president and former rebel leader Riek Machar and soon spread through the city.

An Al Jazeera correspondent later saw bodies of soldiers on the lawn in the compound.

A doctor told the Associated Press news agency on Saturday – the fifth anniversary of the founding of the world’s youngest country – that a total count of the dead was not available because soldiers were not allowing doctors to examine the bodies.

He said, though, that the morgue was full at Juba Teaching Hospital.

South Sudan was founded with celebrations in the capital on July 9, 2011, after it gained independence from Sudan in a referendum that passed with close to 100 percent of the vote.

The majority of the bodies the hospital were soldiers, the doctor said speaking on condition of anonymity because he feared for his safety.

Rivals Kiir and Machar appealed for calm as fears grew in Juba of a return to civil war. Many people, worried for their safety, stayed indoors on Saturday and the streets were almost deserted except for soldiers.

Al Jazeera’s John Hendren, reporting from Juba, said: “You don’t see a lot of people on the streets here. UN Peacekeepers believe it’s too unsafe. The people of Juba are in a very, very unstable situation.”

Nobody has claimed responsibility for the attacks, which our correspondent said were “long and sustained”.

He said: “I don’t think it’s possible to overstate the potential impact of the attack on the government compound. This was an effort to topple that government.”

Gunfire continued into the night on Friday outside a UN base in Juba sheltering more than 25,000 people.

Budbud Chol, who oversees security at a clinic inside the base, said on Saturday they had received about 40 people wounded by gunfire, all but three of them men.

“They are still coming up to now. All of them are gunshot,” Chol said.

Chol said many of the wounded were hit in crossfire outside the UN base. One woman was hit by a stray bullet inside the base.

The latest series of violence began on Thursday night with fighting between opposing army factions who are supposed to be carrying out joint patrols under a fragile peace deal reached last year.

That shooting, which killed five soldiers, was similar to the skirmish between soldiers in Juba in December 2013 that led to the civil war in which tens of thousands of people were killed.

“Thousands of people started running for safety,” Al Jazeera’s Haru Mutasa reported from a refugee camp in Wau. “Many have ended up here at this UN makeshift camp.”

Wau is one of South Sudan’s biggest cities.

“About 19,000 people were in this camp. We’re told that 4,000 more people have arrived here,” Mutasa said. “Most of the IDPs here are women, children and the elderly … they fear the peace deal could unravel and because they were so scared, they left their homes.”

Thousands of others were taking shelter in a church and school in Wau, with many others hiding in the bush.

Andrew Gethi of the International Organisation for Migration told Al Jazeera: “We cannot rule out more people coming in because 8 million people are insecure in the country … We’re currently engaged in expanding the camp. Currently, there are just 2.7 square metres per person – this is way below the standard. We want to make it at least 3.5 square metres per person.” 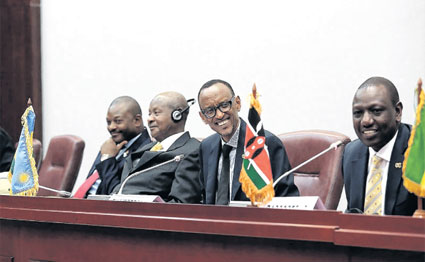 Only four nations have signed pact for African court