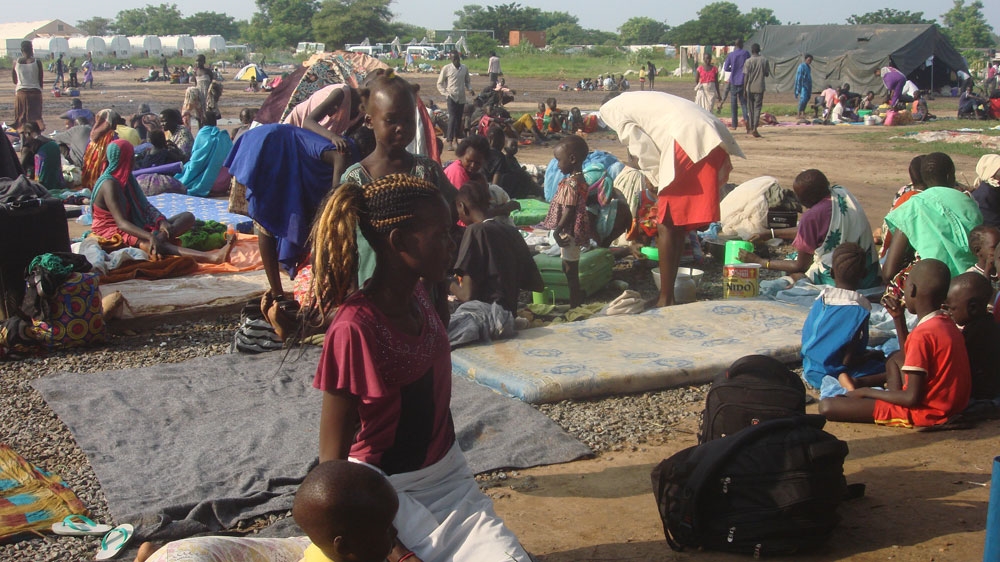 The order was announced on Monday by presidential spokesman Ateny Wek Ateny.

“The president talked to Machar…they have talked about controlling their forces in an attempt to salvage what has remained of the peace agreement,” Ateny said in an interview with Al Jazeera, calling on Machar and his forces to follow the president’s order.

The announcement was made as United Nations Secretary General Ban Ki-Moon called on the international body to impose an “immediate arms embargo” on the world’s youngest independent state.

Ban said he is “appalled by the indiscriminate attacks” on civilians, and condemned the “failed leadership” in the country, warning that some of the violence committed “may constitute a war crime”.

“Yet again, the leaders of South Sudan have failed their people. Rarely has a country squandered so much promise so quickly,” he said angrily from the UN headquarters in New York.

Earlier on Monday, renewed clashes broke out in the capital, forcing thousands of civilians to flee and raising fears of a slide back into all-out conflict in the five-year-old country.

At least 272 people have been killed in the recent violence, a health ministry source told the Reuters news agency early on Sunday.

“Fighting began in Jebel, southwest of the city; there’s also been fighting in Gudele, to the east of the city; and now there are mortar rounds being heard in the downtown area,” he added.

“What this means is that the ceasefire government officials had talked about – the unilateral government-led ceasefire – has not been carried out. The fighting does continue in at least two spots on Monday and that means that whatever peace talks there have been, they have not been successful.”

Following a localised firefight between rival military factions on Thursday night in Juba, major fighting erupted on Friday outside the presidential compound as Kiir was meeting with Machar, a former rebel leader and currently first vice president.

The fighting quickly spread throughout the city. On Monday, the celebration marking the fifth anniversary of independence has been cancelled.

An Al Jazeera correspondent who was inside the presidential compound during that attack later saw bodies of soldiers on the lawn and reported that thousands of displaced residents were trying to find safety amid the chaos.

‘No end’ to conflict in Ethiopia’s Tigray region, warns UNICEF