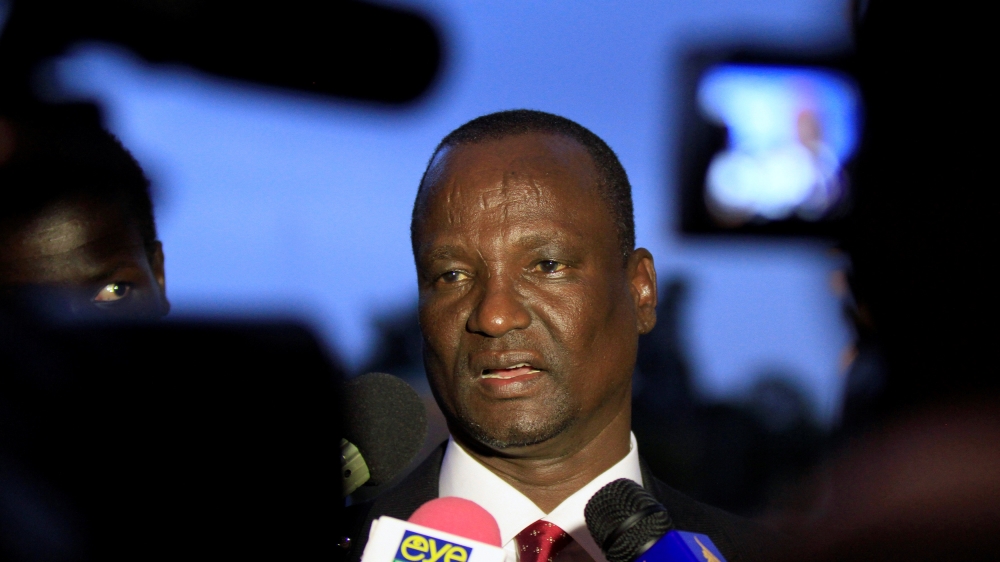 A faction of South Sudan’s armed opposition says it has temporarily replaced its leader Riek Machar, who is also the country’s first vice president, raising the prospect of more turmoil after weeks of unrest.

We still don’t know where Machar is. President Salva Kiir gave Machar a 48-hour ultimatum that is coming to an end today.

The IO – Machar’s party in Juba – convened earlier and came up with a resolution to replace Machar temporarily to be able to progress with the peace agreement.

A presidential spokesman told Al Jazeera that he would accept the appointment of Taban Deng as the acting first VP in place of Machar. However Machar’s spokesman said they have already dismissed Deng last night, which would make the peace process illegal. This makes the implementation of the peace process harder than ever before.

It’s the last thing people of South Sudan need. Thousands continue to get displaced and leave the country.

They’re hoping, with the new resolution, that there might be stability and progress. However, it might not be easy. You have a faction that is completely split apart and you have a government that is not able to deliver to the people. It is going to be difficult for the citizens of South Sudan.

Machar led a rebellion against President Salva Kiir in December 2013 but signed a peace deal last year, paving the way for him to return to the capital, Juba, as vide president.

Yet, Machar has not been seen in public since he fled Juba last week after days of intense fighting between rival troops left over 300 people dead and threatened to send the young country back to all-out civil war.

Kiir had given Machar a Saturday afternoon deadline to return to Juba and work together towards rebuilding peace, pledging to guarantee his safety.

But Machar, who is in hiding, has said he would only come back when an international body set up a buffer force to separate his forces from the president’s. His supporters also insisted on Friday that Machar had no plans of returning, accusing Kiir of trying to oust or even kill their leader.

The faction had warned earlier that it would replace Machar if he did not return to the capital to continue his work in the government.

But Nyarji Roman, a spokesman for Machar’s side who is also in hiding, said on Saturday the move was a “conspiracy” to overthrow their leader. He added that Machar fired Deng on Friday for holding unilateral negotiations with Kiir, the Associated Press news agency reported.

“This makes the implementation of the peace process harder than ever before,” Al Jazeera’s Hiba Morgan, reporting from Juba, said.

“It’s the last thing the people of South Sudan need.”

Douglas Johnson, an Oxford-based scholar on South Sudan, said that Machar had been “forced out of Juba” twice.

“You can understand his concern about his own safety. There has been no real guarantee from the government of Salva Kirr that he [Machar] would be safe,” he told Al Jazeera.

“Something has to be done to reassure him.”

The pair of rivals signed a peace agreement late last year, under which Machar was once again made Vice President.

“I think there are ways in which there could be a renegotiation of aspects of the peace agreement if there is an intention to implement it,” said Johnson.

“We don’t yet know if there’s intention to implement it, or if there is a desire to scrap it entirely.”

Meanwhile, thousands have been displaced in the wake of the heavy fighting.

More than 8,300 refugees fled the violence and crossed into neighbouring Uganda in a single day this week, setting a one-day record for this year, UN officials said on Friday.

The refugees, nearly all women and children, were escaping stepped-up fighting between forces loyal to Kiir and those backing Machar, the UN High Commissioner for Refugees said.

Throughout the week, more than 26,000 South Sudanese traveled south to Uganda, pushing the limits of humanitarian groups working in the region, UNHCR said.