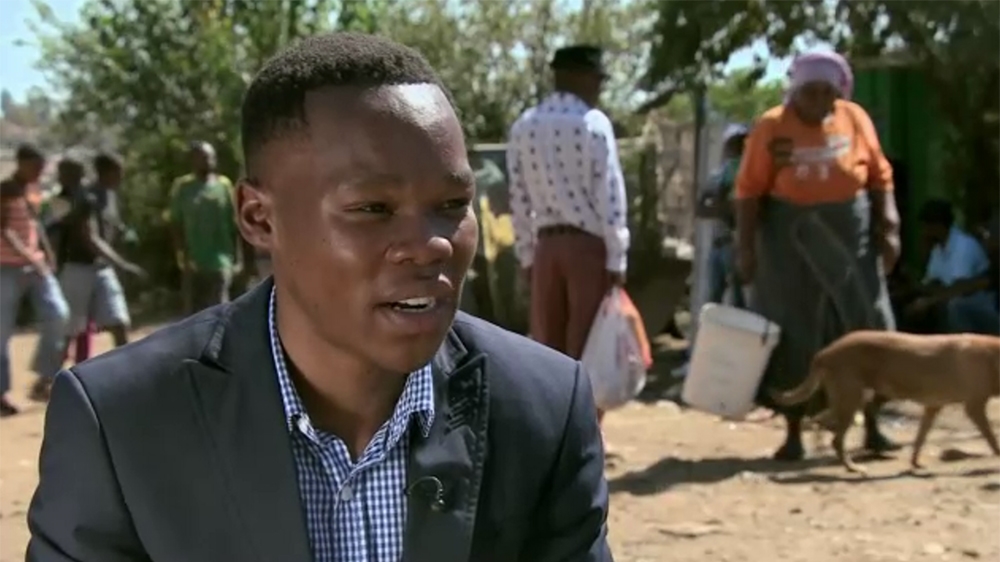 As South Africa prepares for municipal elections on August 3, a series of violent protests in some of its poorest townships have laid bare a growing dissatisfaction with the county’s political and economic situation, described by some as the worst since the end of apartheid in 1994.

The ruling African National Congress party (ANC) has been in power since the demise of white-minority rule.

But for many, the party of liberation has not delivered on its promise to lift millions of South Africans out of poverty.

South African President Jacob Zuma, head of the ANC, has repeatedly faced accusations of corruption. He survived an impeachment vote in April after the country’s Constitutional Court said he had broken the law by ignoring an order to repay taxpayers’ money spent on renovating his private residence.

Widespread discontent in South Africa has led to the rise of voices like Julius Malema and his leftist Economic Freedom Fighters party, or EFF, which wants to nationalise the banking and mining sectors and take over white-owned lands.

It is within this unstable political, social and economic landscape, that Al Jazeera travelled to South Africa to talk to young people who feel politicians are failing them.

Student protests go back to the anti-apartheid movement that predated South Africa’s democracy.

Deep in the Soweto township of Johannesburg, in Kliptown, a place infused with the history of the struggle against apartheid, we meet 22-year-old student Siphamandla Mbongwani. He is a rare example of success in a neighbourhood mired in poverty.

Mbongwani is the second person from Kliptown to attend university.

In his opinion, many older people feel blindly loyal to the ANC, when the question, he says, should be “who’s doing the job right”.

“If only people would act against corruption, this country can regain whatever it was fighting for in those years,” he says.

One of the most challenging issues in post-apartheid South Africa is the transporting of black children from townships like Johannesburg’s Soweto, where Siphamandla lives.

Many children attend state-funded schools in former whites-only suburbs, which are well-resourced and have better teachers. During apartheid, the government spent four times more on white schools.

That disparity is no longer the case, but the legacy persists.

In Johannesburg, Charissa Shay, 26, who teaches history at an all-girls school, believes the root of the problem lies in segregated schooling. She discusses her views on an educator’s role in bringing about social change, student movements and why, as a white person, she occupies a position of great privilege.

“I’m what the system wants, the system works for me, it was created for me, a person like me,” she says, adding that because she’s a product of this system, she must find ways to use her privilege.

As a so-called “Rainbow Nation baby”, Shay says she was raised to believe that “we need to all work together to better the society”. But she says she is now very cynical of that message.

The country, she says, has “really historical long-term issues that need to be addressed”.

Some 1,000km south of Johannesburg, in the heart of Cape Town, we meet student Thuto Goamphe.

He is 21 and a “born free”, a term which describes those who came to life after the end of apartheid.

Like Charissa and Siphamandla, he’s cynical of the Rainbow Nation message. He believes none of the existing parties, despite their claims, offer a vision for his generation.

“The governance of the country right now is a very, very, very confusing thing for all of us. It’s very infuriating, frustrating and it’s tiring, it’s taxing, on every single South African.”

Burundi refugees: A life of displacement and despair