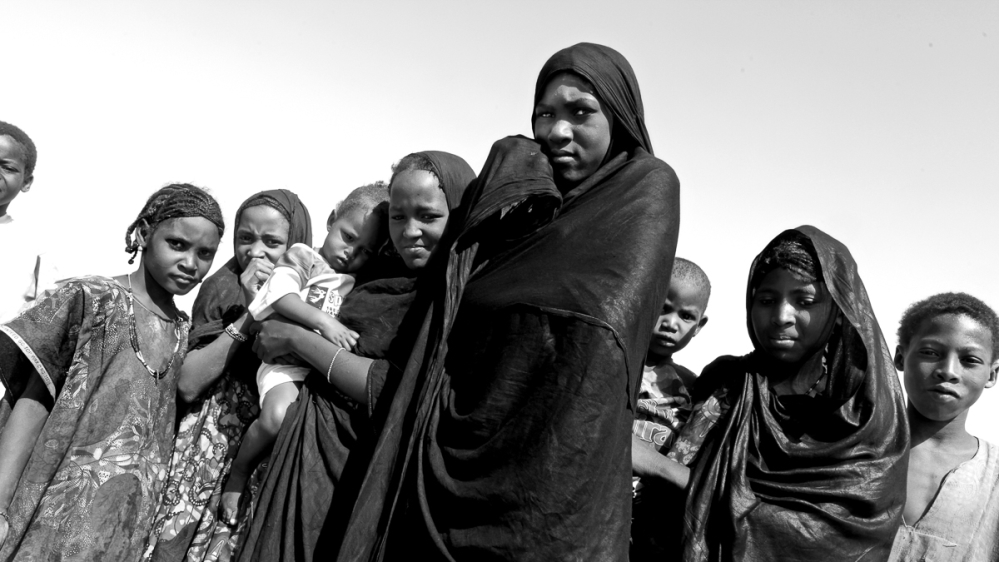 Mali – A flat road surrounded by sand and rocks – and possibly improvised explosive devices (IEDs) – stretches ahead for 320km.

The peacekeepers from Niger, known as Nigerbat, of the UN Minusma mission in Mali, are protecting a convoy of eight trucks that are delivering food supplies to Minusma bases in Asongo and Menaka. I and a colleague have been granted permission to embed with them.

Our embed begins in the early afternoon as we’re picked up from the main Minusma base in Gao. The peacekeepers we’ll be travelling with help us with our bags and pose for pictures.

It is 50C and the air-conditioning in the armoured truck we’re riding in isn’t working. A hot breeze blows from outside to in. In bulletproof vests and helmets, we’re sweltering. But the peacekeepers seem unfazed by the heat.

There aren’t many of them left here now, since most have returned to Niger to participate in their country’s battle against Boko Haram. But Minusma considers their presence important. These Muslim peacekeepers from a neighbouring country face fewer obstacles in communicating with the various Tuareg tribes than their German or Dutch counterparts – and that can be critical for information-gathering purposes.

I’m supposed to take pictures but it is difficult to photograph anything through the badly damaged windows of the truck. It has survived three roadside bombs, but it hasn’t been left unscathed.

Ari Modifouk is the captain of this Nigerbat patrol. He sits in the front and gives instructions to the convoy about where to stop and when to leave the road. He, too, has survived three explosions, so he has a pretty good idea of where the IEDs might be hidden. He also tells me when I’m allowed to climb on to the top of the truck to take photographs. But I must be quick – just five seconds to climb up and shoot – he explains, because the convoys sometimes get shot at.

The two soldiers on top of the truck seem happy that their work is finally being captured on film. The peacekeepers may be constantly alert, but there is always time for a chat and a joke, and the mood is jovial.

The first stage of the journey – from Gao to Asongo – takes five hours. On the way we pass villages and children run out to wave. We’ve been lucky, we’re told. Sometimes it can take two days to reach this base if there are technical problems with the trucks.

There’s a mosque on the base where the peacekeepers pray before phoning their families on the other side of the border, back in Niger.

At 5.30am the following day, we start on the next stage of our journey – from Asongo to Menaka. This is more dangerous, Captain Modifouk explains.

There are no more villages – just desert and the relentless heat.

Every now and again, the peacekeepers stop to check objects by the side of the sandy road. They have lost nine men to this stretch so far and are trained to spot suspicious changes in the road that might go unnoticed by anybody else. Once a first check has been completed by specialists using metal detectors, another two men climb out of the truck to repeat it.

Captain Modifouk decides to cross the desert instead of following the dangerous road to Menaka. This part of the road is notorious not only for IEDs but for armed groups who hide behind trees or rock formations. He manoeuvres his truck a couple of hundred metres and the rest of the convoy follows. They criss-cross across the desert. It’s important to act unpredictably so that those planting IEDs cannot easily predict where best to place them, the captain explains.

When we pass the ruins of a previous IED attack in which two Cambodian peacekeepers lost their lives – the remnants of their vehicle still in the sand – a respectful silence fills our truck. The peacekeepers take a moment to stop at the wreck and inspect the area.

During the trip, the convoy communicates in Morse code. When I ask Captain Modifouk what they are saying, he tells me he’ll let me know when we reach the base in Menaka, “Inshallah [God willing]”.

After 10 hours of driving, the convoy stops suddenly. The men climb out of the truck, stick their Kalashnikovs into the sand and unroll their prayer mats. They permit me to take pictures as they pray and afterwards they happily build a small fire on which we make tea. But there isn’t time to relax, so the tea is taken into the truck to be enjoyed en route.

Back in the truck, the peacekeeper sitting beside me asks if I am Muslim. When I tell him I’m Christian, he asks: “So why are you not praying, then?”

“Because I like to pray in silence,” I reply.

He tells me that there are no churches in this desert. “That’s OK,” I tell him. “I don’t have to pray in a church. I can pray wherever I like.”

He nods his head in understanding and offers me some candy.

A little further along, we encounter a hut made of clay and dung that seems to appear as if from nowhere. It is the only home as far as we can see and is surrounded by desert. Children run out to beg for food and water. The peacekeepers give them what is left of their lunch rations and some candy. Captain Modifouk talks to the family, who plead with him for food and medicine. He gives them painkillers and dehydration pills, and says that when he comes back in two weeks, he’ll bring more. As we leave, the children run after the convoy, waving.

After 14 hours’ driving, we finally reach our destination, the compound of Menaka.

The soldiers laughingly tell us that we must have brought them good luck as these patrols usually take three to four days but at just two, they’ve set a record with this one.

That night, we sleep in a cabin as goats and chickens pass by outside. We are supposed to sleep in the field with the peacekeepers, but based on information he’s received, the captain decides it’s too dangerous. In the desert around Menaka, armed groups vie for power and territory. Attacks and kidnappings are common.

The next day, we go on patrol with them to three villages – Inekar West, Tagater and Injangalane – travelling a road-less route that the peacekeepers seem to know intuitively. In the villages, we hear accounts of women and children being slaughtered and cattle stolen in raids between competing Tuareg tribes.

In Tagater, the village elder tells us that the opposing Ibogalitan tribe “comes at night with only a couple of men. They come walking or on a scooter and just open fire at every hut”.

“Then they disappear into the night,” he says, adding that some of the women and children are so frightened they run away and ask to live with the Ibogalitan.

Normally, the women and girls stay inside when the peacekeepers come to the villages, but the presence of two female journalists has made them curious and they come out to see us. They want to talk – to complain about the water that they say makes them sick and to tell us about their lives.

A member of the Minusma human rights Gao field office accompanies us to the villages. He says he has information that the Ibogalitan tribe is slaughtering the Dousack. He claims to have seen child soldiers armed with Kalashnikovs.

Captain Modifouk is well aware of the dangers. He may have survived three IEDs but he has lost nine of his men. When the IEDs explode, he says, an armed group is often hiding nearby. When the peacekeepers climb out of their burning vehicles, they are shot. He falls quiet as he remembers it.

Eventually, I break the silence to ask him what he was communicating via Morse code on our way here. He’d spotted an armed group in the area, he tells me, and was warning the other trucks to stay vigilant.

The post On the road with Niger’s peacekeepers in Mali appeared first on African Media Agency.

In pursuit of child rights in Tanzania