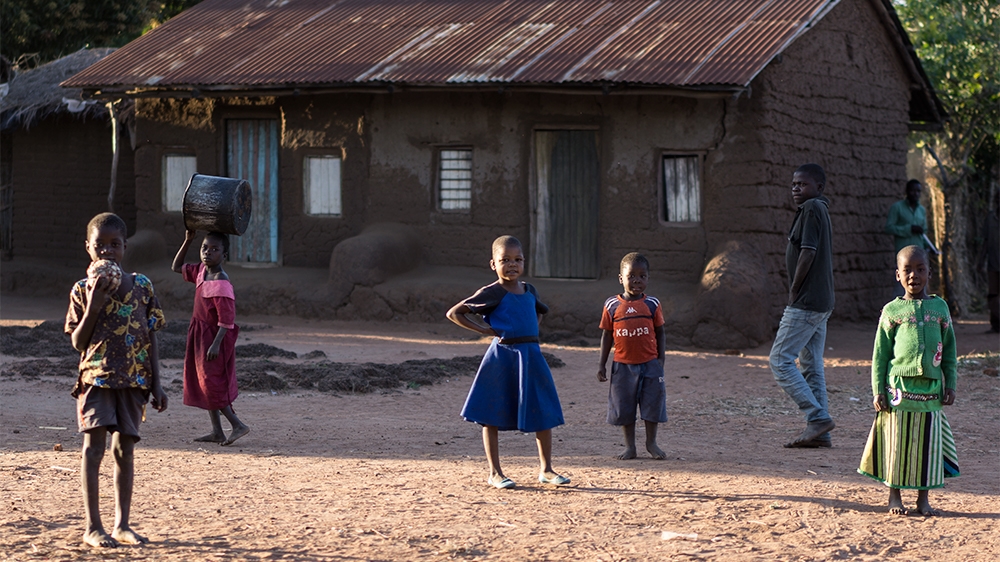 Since its first diagnosis in 1985, Malawi has come a long way in the struggle to overcome HIV/Aids. At least 10 percent of the country’s population has HIV. In 2013, some 48,000 people in this country of 16 million died from HIV-related illnesses. But experts across the board agree that the country, nestled deep in southern Africa, has made significant progress.

According to UNAIDS, there has been a reduction in new infections. Malawi’s treatment programme, which began in 2004, has reportedly saved 260,000 lives. Crucially, it has seen a 67 percent reduction in the number of children acquiring HIV, the biggest success story across all sub-Saharan nations

But the story is far from over. Women and girls, sex workers and men who have sex with men are still very vulnerable. Moreover, young people account for 50 percent of new infections.

Ahead of the 21st International Aids Conference in Durban, South Africa, Al Jazeera spoke to Peter Kumpalume, Malawi’s minister of health, in Lilongwe.

Al Jazeera: Malawi has managed to reduce new infections as well as the number of people dying from HIV. How has it done this?

Peter Kampalume: We have had a very high infection rate. I think at some point it was estimated to be around 25 percent but we have managed to reduce it to about 10 percent.

It’s been hanging around there for some time and, indeed, we have reduced the infection rate significantly to about 40,000 a year.

How have we done that? I think in two ways.

Number one: there has been a concerted effort from government and civil society organisations to sensitise the people about the decisions they make. So the messages have been going out loud and clear.

The second aspect of it, of course, is the availability of medicines.

Al Jazeera: So would you say this success has been a result of better information and education?

PK: I think the prevention aspect has worked significantly better than the curing or treatment aspect. Because of the messages there has been a behaviour change. There is no question about it.

For instance, the vast majority of reasonable people would not go out on the streets and sleep with prostitutes without protection. There would still be some risk-takers; you always have those in society. But also I think generally people have been cautious in starting new relationships.

Al Jazeera: Why are urban Malawians disproportionately affected by HIV?

PK: I think there are two reasons. In any country where you have more people in one area, if there is going to be an epidemic, it is likely to affect those people more than those people that are scattered.

Then, if you go back to the 1960s, when we had some kind of revolution, particularly in Western cultures, where we had, let’s call it “loose morals” from the Western perspective. And that has properly expanded in the 1960s and 1970s and because of globalisation and because of TV and so on, people kind of copied Western mentalities and the first people that tend to embrace globalisation and liberalisation, as they call it, are urban people and not so much the village people.

Al Jazeera: If this “risky behaviour” was copied from the West, why do you think the developed world hasn’t been as affected by HIV/Aids as the developing world?

PK: I think to an extent it is information. We know that HIV was first manifested in Western countries. But the precautions, the information went out faster to people, and people generally adhered to the messages. But also you need the critical mass of infections in order for it to become an epidemic. I guess they never went through the phases that we, particularly in sub-Saharan Africa, have experienced with HIV/Aids. That would be my explanation: information went out faster in those countries. Also, we kind of lived in denial for some time; it took us time to accept that this was a problem and we needed to do something about it.

Another aspect was that, again, we just didn’t have the money to combat it. So people were just dying, or if you like, spreading the virus to other people.

Al Jazeera: Why was sub-Saharan Africa more affected than other regions?

PK: I think what we need to understand is that there are several factors that have necessitated the spread of HIV, particularly in sub-Saharan Africa more than in other places.

Now, generally, if you look at the figures globally, it is actually the developing nations that are disproportionately affected by HIV/Aids.

So could it be nutrition? That because HIV attacks the immune system and if you are malnourished, it’s going to manifest itself more than it would have if you were well nourished. That’s a possibility and that could be one of the contributing factors as to why particularly sub-Saharan Africa was affected the most. This is where most poor people live, after all.

It is pretty difficult to know with certainty that this is the main reason.

The leading factors are information, cultural practices, nutrition and, of course, the availability of medicines. Those all contribute towards the disparities that we observe between the developing nations and the developed nations.

Al Jazeera: Women and young people are still most at risk of contracting HIV in Malawi. Is it an issue of power?

PK: I know that it may be a big issue in other parts of the world, say other developing nations, but not so much here. So if you look at the behaviours, we do know that in some instances there will be some issues where a man doesn’t want to use a condom, and the woman may find it difficult to persuade him otherwise. With education there has been a significant change in mindsets.

I am not saying that the issue does not exist in Malawi but I think it’s not as big a problem as you would find in other parts of the world, particularly in sub-Saharan Africa.

The vast majority [of new infections] is related to risky behaviours of both males and females.

Al Jazeera: But women are most at risk.

PK: Yes, but the driver for infections among the 15 to 29-year-old group is not related to power dynamics. This is just the risky behaviours of young people. There is always a vicious cycle between men in their late 20s and young girls and so on and so on. So it’s not about power dynamics in the family setting. That’s not the driver, the driver is completely different.

Al Jazeera: But Malawi has significant difficulties with regard to family planning.

PK: We have done significantly well in Malawi, in terms of convincing both husbands and wives in terms of reducing the number of children. So, for example, five years ago an average family in Malawi was six children, today the statistics say it is about four children per family.

I think to an extent, education is key. If you look at the number of children that educated people have in Malawi, it is about two on average.

Al Jazeera: How difficult is it as the department of health to manage a pandemic like HIV when so many Malawians are moving around sub-Saharan Africa? So many Malawians are working in South Africa, Zambia, Zimbabwe – countries that have been hit hard by the virus.

PK: I think to an extent we need a global solution to the problem. We cannot have a system where medicines are available here and when that person goes to another country, they don’t have access to Aids or TB medicines.

If we don’t have this kind of cross-border understanding and methods of targeting HIV/Aids, we would basically be at the mercy of the behaviour of the people and we know that willpower alone is not the most reliable means of controlling the spread of HIV.

So we need to make sure that as a global village – particularly in southern Africa – that we come together and agree on modalities on how we can help patients irrespective of where they come from.

Al Jazeera: how successful have you been in convincing a country like South Africa to have a process or a policy of universal healthcare for a regional block?

PK: I don’t think that it would be fair for universal health coverage for all. Because you have got to remember that health coverage comes from taxes, from the people, and it’s not fair to ask a particular country to increase their health budget because they have foreigners in that country. That’s not the way to do it. The fight against HIV/Aids is being driven by UNAIDS through the funds that every country accesses globally.

The solution has to come from that. We need to put aside money to treat people with HIV across borders.

Al Jazeera: Malawi is reliant on foreign funding. Just under 70 percent of your treatment programmes are funded from overseas. How much longer will that continue?

KP: Well as long as we have got the will of the friends that keep on helping us, yes it is sustainable. But that’s not how we should plan it nationally.

You cannot rely on the neighbour to keep on providing sugar and salt for your household. So we are in a programme of setting up new modalities of funds for health that should generate extra resources.

Al Jazeera: You have managed to improve life expectancy. But are people’s lives better as well as longer?

PK: It is important to make sure that the quality of life is as good as the length of one’s life. That’s what we hope to do. Of course, the alternative is still worse. What tends to happen is that when a mother or a father dies, the young children are raised either by their uncles, aunties or their grandparents. Because their grandparents are not young enough to work, the quality of life, both of the grandparents and the children, becomes very poor.

So if we don’t treat people, we end up pushing people into a life of poverty.

So this is the reason we think that “test and treat” is a good alternative. It’s not just that it gives people long life but it also means we can save those still in their prime.

This interview has been edited for brevity and clarity.