The former head of Dentons’ Africa practice and co-chair of its global government sector has left the firm’s office in Washington, D.C., to join a boutique specializing in the diverse legal needs of African governments and diaspora from the continent.

Thomas Laryea, a Ghanaian-born lawyer who led the firm’s expansion efforts in Africa for the past five years, left Dentons in late April. This week, he resurfaced at a five-partner and minority-owned firm called Cooke Robotham, which has just been reconstituted with new partners and a revised partnership agreement.
The boutique’s focus, according to its still-unfinished website, is to advise small and midsize multinational enterprises and governments at a lower cost than Am Law 200 firms. The firm’s clients are mainly African or from the African diaspora in the U.S. and Caribbean. Laryea’s practice focuses on cross-border investment and international sovereign debt matters.
“We’re a proud black-owned law firm with an international focus, and this makes us unique in the legal profession,” said Laryea, who began his legal career at Sullivan & Cromwell before becoming an assistant general counsel at the International Monetary Fund in 2000. Laryea joined Dentons predecessor SNR Dentonin June 2011 as a public policy and regulation partner.
Three years later, as chair of the Africa executive committee tasked with developing the global legal giant’s Africa strategy, he negotiated associations with firms in South Africa, Morocco and Ghana. (Dentons currently has affiliations with firms in 18 African countries.)
*Full story at the American Lawyer 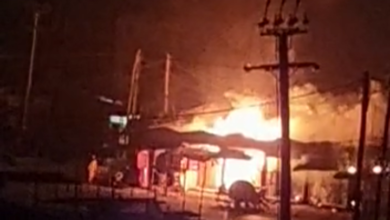