Churchill Nanje, a 30-year-old who created one of Africa’s biggest job search engines, wants to help others follow in his footsteps

“People say I look way younger and talk way younger than my age,” grins Churchill Nanje, sitting behind his desk in jeans and a T-shirt, in the small town of Buea, south-west Cameroon. Aged 30, the software engineer can hardly be classified as old, and looks like he should still be at university. Nanje is the founder of Njorku, one of Africa’s biggest job search engines.

“Basically we are like a Google search engine for jobs in Africa,” he explains. Unlike other sites, Njorku does not host the jobs – it searches the internet for them, meaning it can be used anywhere on the continent. “Recently we saw a lot of traffic from Sudan, like 500 users daily. I don’t even know how they got to us.”

In the five years since Nanje set up the site in his bedroom in Buea, Njorku has served more than 2 million unique users across 11 African countries. His story exemplifies the optimism surrounding Africa’s digital economy at present.

His success is even more surprising when he explains how he first got into coding. “I didn’t even have a laptop or a computer. I couldn’t even pay for the internet,” he says.As a teenager he would hang around internet cafes until the owners gave him free access. “I was just lucky. Maybe they liked the look of me?” Nanje then taught himself to code through the internet.

“From there I was able to get skills, make money, get a house for myself, get a business, employ people, pay taxes and even take care of my younger brothers; put them through school and everything.”

At the age of 20 he set up his first company, AfroVision, an IT consultancy. It was a success but had a high rate of employee attrition. After searching online for ways to replace his engineers quickly, he found nothing so decided to build something himself. “We wanted to build a tool that is as big as an elephant. That’s the inspiration behind the name and the logo,” he says, adding that Njorku means elephant in many Bantu languages.

Known as Silicon Mountain because it sits at the bottom of Mount Cameroon and has produced more tech startups than anywhere else in the country, Buea is nestled between valleys of tea plantations, with the nearest city a two-hour drive away.

He introduces Mpara Faith, 24, another founder of a profitable startup. She uses code to create software solutions for schools in Cameroon. “We have software imported from India, France and the USA,” she says. “But they don’t reflect our culture or fit the community. So we want to try and stop shaping [foreign] software to fit Africans we want to develop African ways so we have a feel of the culture and make sure it fits African needs.”

She sits chatting in the lobby with Fritz Ekwoge, 30, another entrepreneur whose app, Feem, which transfers files without using the internet, has nearly reached the million-download mark. He has just visited the Czech Republic after his company won an award. “We just want to show the whole world that great technology can come from Africa,” he says.

Otto Akama, the founder of ActivSpaces, the country’s first tech hub, is with them. As well as being young, dynamic and brimming with ideas, they all have one thing in common: they all studied in Buea. Situated in one of only two English-speaking provinces in the country, the fact that the technology world operates in English gives Buea a huge advantage over the rest of French-speaking Cameroon.

At the Catholic University in the heart of the town, courses in entrepreneurship are mandatory for every student.

“The university has this different mindset. It’s to be able to create job creators not jobseekers,” says Doriane Tiako, the vice-dean of IT. “We don’t expect our students to only go out there to be seeking jobs. The job market is so tight already. If you can create people who are going to create jobs that is the aim of our university.”

Nanje introduces me to one of his interns, Hope, who is also a student at the university. “When I see him,” he says, “I’m like, maybe if someone had took me like this I would have been [where I am] faster.”

Nanje explains why young people such as Hope are so important to him. “It’s mostly because of where I come from and he reminds me of me. He’s smart, he’s a straight-A kid but without guidance maybe he wouldn’t become the engineer he could become. So I will guide him so that maybe in the future he can build the next Njorku or he will build his own Njorku competitor one day,” he laughs. “Either way it works for me. It works for the community. It works for him.”

Machar warns of new war after his sacking as Vice President 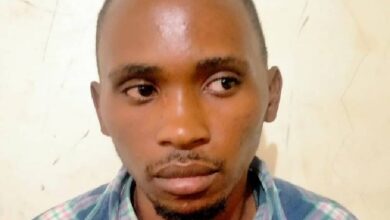 Kenya:Man poisons his wife in Nairobi 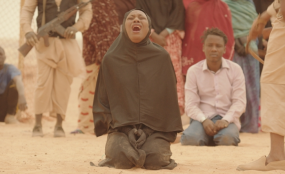