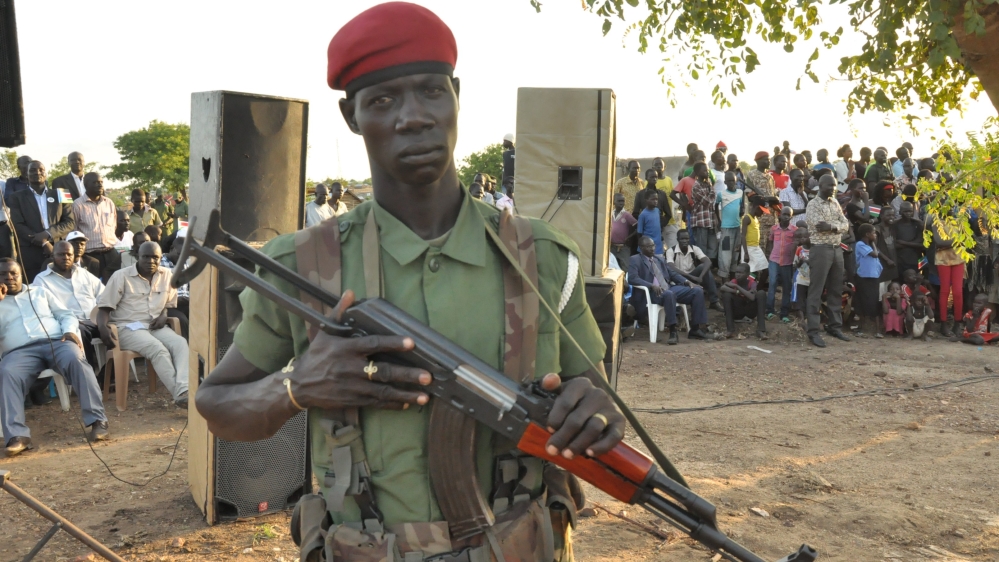 Clashes took place in the centre of South Sudan’s capital on the eve of the fifth anniversary of the country’s independence, several sources have told Al Jazeera.

According to several separate sources in Juba, Friday’s fighting took place in the centre of Juba around the Presidential Palace, an area where several government ministries are located, as well as in the north of Juba in an area known as Tomping, not far from the airport and in the vicinity a major UN base.

From the Aron hotel in central Juba, just a few hundred yards away from the main government buildings, heavy gunfire and artillery rang constantly in the air between 5:20 pm (2:20 gmt) and 6:00 pm local time. Later, helicopters circled overhead.

The events are a worrying echo of December 2013, when clashes within the Presidential Guard grew into a civil war that has claimed the lives of tens of thousands of people, displaced more than two million, and put almost five million in food insecurity.

Some civilians fled to the UN base, where many had sought refuge when government soldiers carried out house-to-house killings of members of a rival tribe in Juba in the early days of the civil war.

There was also fighting around the UN headquarters just outside Juba, known as UN House. Shots were fired around 6.30pm, according to local sources who spoke to Al Jazeera.

Some people who had been displaced by the civil war sought to gain access to UN House from the neighbouring Protection of Civilians (POC) site, Al Jazeera learned.

There is little clarity over what caused the latest skirmish, or exactly who was involved, but tensions have been building in the week leading up to independence.

The previous evening, members of the Sudan People’s Liberation Army/Movement (SPLA/M), loyal to President Salva Kiir, clashed with members of the entourage of Riek Machar, leader of the SPLM In Opposition (SPLM-IO), at Lou Clinic in an area of town called Gudele.

The clashes resulted in the death of five SPLA soldiers and injuries to at least two SPLM-IO troops, an SPLM-IO spokesman told Al Jazeera. There were also civilian casualties.

The same evening, the country manager of UN education agency UNESCO, Saleh Khaled, was shot at a junction on the Airport Road near the Panorama Hotel.

There were also reports on Thursday evening that a US embassy vehicle was hit with multiple gunshots.

“If it wasn’t for the fact that the glass was bullet-proof,” the seven people inside would be dead, said the SPLM-IO source, who accused the SPLA of the attacks. The UN Ambassador was not inside the vehicle, Al Jazeera understands.

‘Something we cannot explain to you’

In a joint press conference given following the outbreak of fighting on Friday evening, none of the leaders offered a reason for the conflagration.

“What is happening outside is something that we cannot explain to you,” said Kiir in a joint statement given with Machar and Igga.

“Three of us were sitting inside here meeting, discussing the situation of yesterday, what happened in Gudele, and then talking about what we can do in the implementation of the agreement and to build confidence among the forces and the civil population.”

Both Kiir and Machar appealed to citizens to remain calm.

“This is a very unfortunate incident which none of us really knows what has happened. All we want to tell our public now is that they should remain calm,” said Machar.

“This incident also will be controlled, and measures will be taken so that peace is restored even to the heart of the city itself.”

According to Wani Igga, the government will investigate the cause of Friday’s events and “take really severe measures” against the perpetrators.

Investigations had already been convened by both the SPLM and the SPLM-IO into the killings on 7 July, according to the SPLM-IO spokesman.

Tensions have been building across the country in recent days. On 24 June, a combination of SPLA forces and irregular Dinka militia troops attacked the town of Wau in the northwest of the country, forcing more than 100,000 people to flee, sources in the town told Al Jazeera.

There have also been recent clashes in Bentiu, the capital of Unity state, one of the main theatres of fighting in the civil war.

“The United Nations Mission in South Sudan (UNMISS) condemns in the strongest terms the resurgence of violence in the country, which has resulted in numerous civilian casualties and injuries over the course of the week in Juba, Wau and Bentiu,” said UNMISS in a statement on 8 July before the most recent outbreak of fighting.

“UNMISS reiterates its calls on all parties to put an end to the ongoing fighting and refrain from inflicting further violence against innocent civilians.

“We equally deplore the indiscriminate shooting attack on a senior United Nations agency official that took place yesterday evening in the Tomping area of Juba.

“Such an act constitutes a grave violation of the Status of Forces Agreement (SOFA) between the Government of the Republic of South Sudan and the United Nations. UNMISS calls on the authorities to investigate this incident and bring the perpetrators to account.”

A UNMISS spokesperson confirmed that Khaled was the senior UN official mentioned in the statement.

The government had already decided to cancel independence day celebrations on 9 July due to a “lack of funds,” a government spokesman told Al Jazeera, but Kiir and Machar were both expected to give televised speeches to mark the occasion. It is not clear whether these will go ahead.

A peace agreement was signed in South Sudan in August 2015, but many issues remain unresolved, among them, the cantonment of opposing forces and the unilateral restructuring of the country by Kiir from 10 states to 28 states in late 2015.

The failure to re-integrate the forces of the opposing sides into a national army, and the failure to resolve issues stemming from attacks on parts of South Sudan that did not participate in the war but are now being targeted by government counter-insurgency, means that the country is a tinderbox that could explode at any moment. 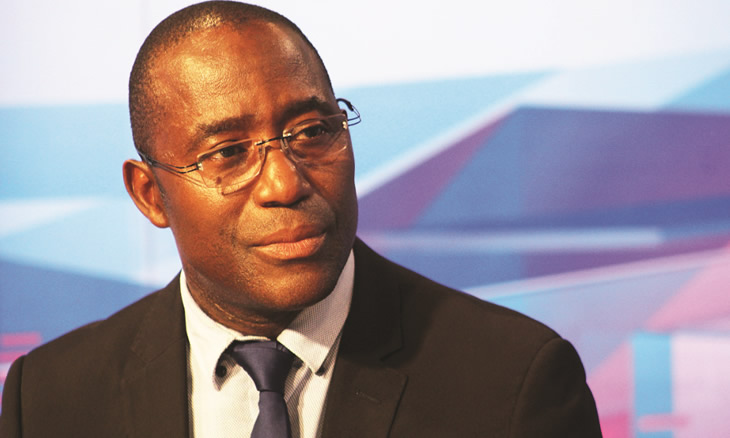