The actions of unaccountable elites and international banks have undermined Mozambique’s impressive progress, with the costs falling on the shoulders of ordinary Mozambicans.

Over much of the past two decades, Bob Dylan’s idyllic lyrics to ‘Mozambique’ – in which he sings of “magic in a magical land” and “lovely people living free” – would not have seemed out of place when thinking about the country itself.

Since the end of the bloody 16-year civil war in 1992, Mozambique has made some incredible strides.

It has transitioned from one-party rule to electoral democracy. It has moved from a planned to a market economy, clocking double-digit growth and significant reductions in poverty levels. International donors have flocked to support the country’s recovery, showering foreign aid with unusual largesse. And some ten years ago, when significant gas and mineral deposits were found and foreign investment started pouring in, it seemed that little could stop Mozambique becoming one of the most shining examples of a new rising Africa.

But fast forward to the present day, and most of that luster seems to have faded. Over the past decade the country has gone from poster child to trouble child, and from an example to emulate to one to avoid.

Poverty has proved to be more persistent than expected as the country continues to linger near the bottom of the Human Development Index rankings despite the billions of dollars invested by donors.

Political stability has come under increasing stress, as the main opposition party and former guerrilla movement Renamo has contested the results of the 2014 presidential elections and engaged in what some have called an “invisible civil war” in the central part of the country, where it commands more votes and support.

The country’s independent media and dissenting voices are being gradually stifled. For instance, Gilles Cistac, a Franco-Mozambican lawyer who defended the constitutionality of Renamo’s demand to take control in central provinces, was gunned down in broad daylight last year. And José Macuane, a university professor, was kidnapped and shot in the legs just a few weeks ago after repeatedly denouncing government corruption.

And finally, the global financial crisis and drop in commodity prices have put off international investments and placed Mozambique’s hopes for resource-fueled development on hold.

As a result of its economic crisis, the government was forced last year to ask the International Monetary Fund for help. But only a few months after the initial disbursements of a new loan, news broke out of large hidden debts taken on by companies partly owned by government entities and guaranteed by the state.

What is now known is that at least three such companies – created in the past few years and part-owned by the Mozambican government’s secret service agency or linked to the defence ministry – raked up more than $2 billion in debt with the help of Credit Suisse and Russian bank VTB.

The way all this money has been spent, or where it ended up exactly, is mostly still to be determined. We know that there were some purchases of tuna fishing vessels that were never actually used for fishing and can be seen rusting away in the Maputo port as well as other less well-defined purchases of maritime security equipment. But it is not at all unlikely that a good chunk also ended up in private pockets, never to appear again.

These deals were mostly carried out while the previous president, Armando Guebuza, was still in power, and could be linked to his efforts to clinch a third term in office. But his successor Filipe Nyusi, who was defence minister at the time, cannot easily claim ignorance.

However, the crux of the matter is that these companies are now in no position to pay off their debts and will end up having to be rescued by the government, with the costs of these corrupt deals falling onto the shoulders of Mozambicans for years to come. In fact, that has already started to happen, pushing public debt to more than 80% of GDP and triggering drops in sovereign ratings and rumours of default.

That not even the IMF knew anything about these loans highlights the limits of fiscal transparency and begs the question of how much corrupt governments are actually able to hide from international institutions, and their citizens, about the true state of their public finances.

According to data from the 2015 Open Budget Survey, governments around the world are not as transparent about their debt as they are with other aspects of public finance. While the global average score for budget transparency is 45/100, the average score for questions that look at public availability of detailed information on government debt and its composition is only 33/100.

The role of international banks

Mozambique is now almost bankrupt in a number of ways: morally, due to the pervasiveness of corruption and greediness of its elites; politically, as its 20-plus years of peace are now at risk; and fiscally, with its ballooning debt and dashed hopes of a natural resource bonanza.

Whether the country will pull itself together depends mostly on domestic factors, including whether the people responsible will be held to account. However, it would be wrong to put all the blame on corrupt Mozambicans. Reputable international banks walked off with hefty fees for helping shady public companies incur debts that were not only of dubious economic value, but clearly against the laws of the government guaranteeing those debts, as they had not been screened and approved by the Mozambican Parliament.

Surely there are ways to ensure that large profits for some do not result in whole countries going bankrupt. In a number of cases, some basic due diligence by international banks and investors might be enough. But if international banks cannot be made to comply with basic requirements themselves, there could be a role for independent watchdogs, either official – like the IMF itself – or through citizen-led initiatives that check on dubious deals being offered to international investors.

In other words, a combination of more transparency and independent monitoring could help avoid other painful bankruptcies. Sunlight, alongside a number of watchful eyes, could indeed be one of the best disinfectants.

We can only hope that Mozambique’s cautionary tale will force other countries to take note and the international community to take action. 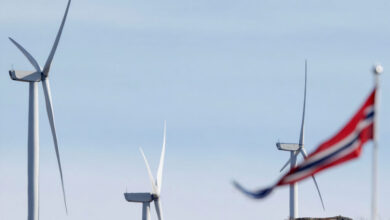