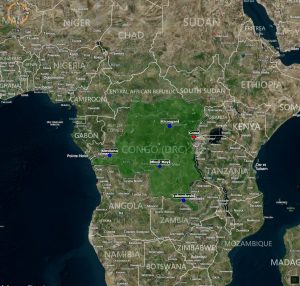 The African Development Bank said it will keep working with the Democratic Republic of Congo’s government but won’t be able to give the country budget support until its political and structural conditions are met.

Congo’s government in May said it would seek $100 million from the AfDB and as much as $500 million from the World Bank after the collapse in prices for copper and oil cut government revenue for the first four months of 2016. The cabinet on May 4 reduced planned government spending for the year by more than a fifth, saying it would still need external support to boost receipts.

“Some issues need to be methodically addressed in order to pave the way for a more structured, coordinated and adequately comprehensive assistance from the country’s partners,” the AfDB’s resident representative, Sylvain Maliko, said in a July 21 interview in the capital, Kinshasa.

The AfDB will continue to allocate funds to infrastructure, agriculture and regional integration projects, but will be unable to provide budget support while Congo’s immediate political future remains uncertain, Maliko said.

Political tensions are running high in Congo with elections scheduled for November likely to be delayed. The opposition says President Joseph Kabila, who is prevented by the constitution from running again, must step down when his mandate ends in December. His supporters want him to remain in power until a vote can be held.

In response, opposition parties have called for protests, while authorities have arrested dozens of political leaders and pro-democracy activists on what critics says are politically motivated charges.

“The uncertainty related to the pre-electoral period is darkening the near future, preventing donors from responding positively to the country’s call for appropriate assistance,” Maliko said.

While the World Bank is ready to discuss options to help the government manage the impact of falling commodity prices, it hasn’t committed to providing budget support, spokeswoman Louise Engulu Mekonda said in an e-mailed response to questions. Engulu didn’t say whether the World Bank had yet received a formal request for the support.

The government cut the country’s economic growth forecast to 5.3 percent in June from an estimate of 9 percent at the start of the year, and a further reduction is possible, according to the AfDB. The government’s deficit for the year stood at 322 billion Congolese francs (about $339 million) on July 15, according to the prime minister’s office.

“The government has responded promptly to the collapse in commodity prices by reducing expenditures and trying to raise revenues but the conditions are difficult,” Maliko said. “The economic indicators, if their recent trends persist, put the country in a position where it will be progressing towards recession.”

The lender is concerned about Congo’s ability to continue to manage the impact of the commodity price shock if budget support isn’t provided and will continue to work with the government and other donors to find a solution, Maliko said.

How Do I Install Missing Bluetooth Drivers Windows 7?