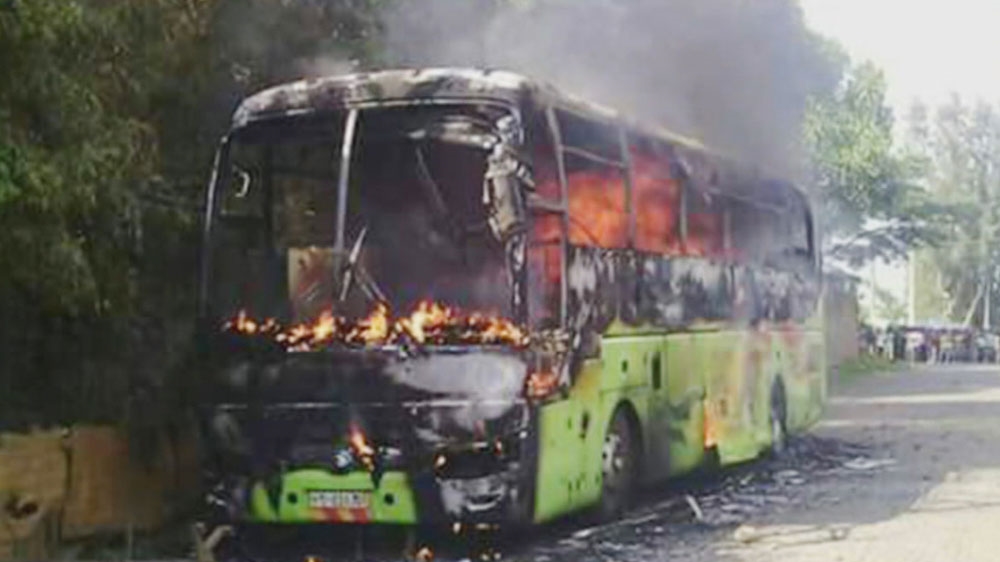 At least 10 people, including police officers and civilians, have been reportedly killed in northern Ethiopia following days of protests, according activists and a monitor.

Demonstrations on Thursday and similar protests in recent days in the northern city of Gondar were against what protesters see as the erosion of their ethnic identities in the area.

The violence is believed to have started after the attempted arrests by Ethiopian government troops of some leaders of the Amhara ethnic group.

“This seems to be another ethnically-based conflict,” said Al Jazeera’s Charles Stratford, reporting from Addis Ababa.

He quoted sources and local news reports as saying that as many as 20 people may have been killed.

Images posted online show burned-out vehicles and armed men firing their guns in the air as hundreds of other people cheer them on.

The Amharas are the second largest ethnic group in the country.

Al Jazeera, however, could not independently verify the report.

The latest violence has prompted the US embassy in Ethiopia to issue a temporary advisory warning against travel to the city centre of Gondar and in areas where “violent demonstrations” have been reported.

“The Embassy recommends all US citizens traveling to or resident in the Gondar area evaluate their personal level of safety and to avoid demonstrations or large gatherings,” the advisory issued on Wednesday reads.

The Israeli government also reported that thousands of Ethiopian Jews are trapped in Gondar, but are safe inside a “secure and guarded building”, according to Somaliland Press.