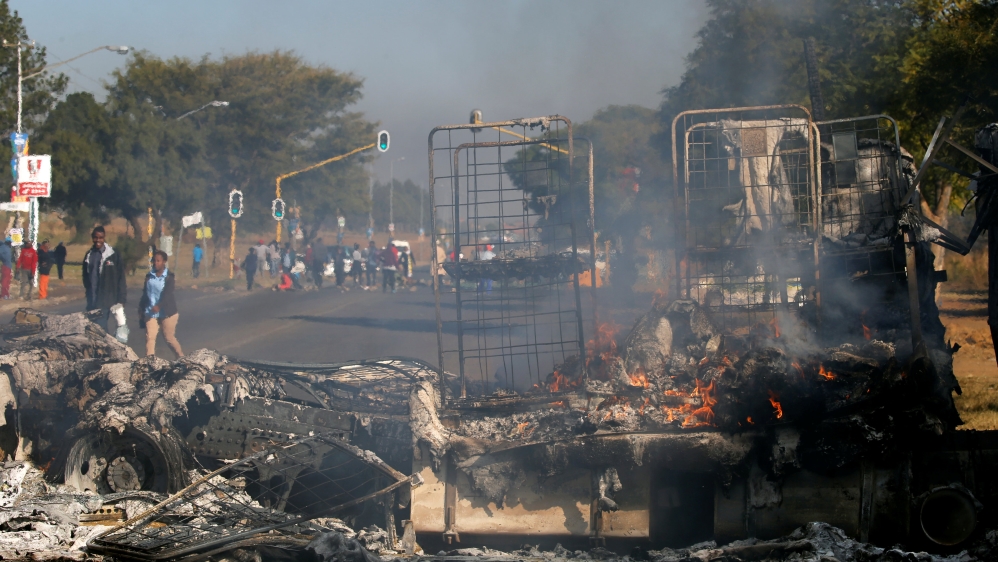 Vehicles were torched and roads were barricaded with rocks and burning tyres in South Africa’s capital Pretoria in violent protests over a disputed mayoral candidate for upcoming municipal elections.

Local media reported that several buses were also set ablaze in other townships in the administrative capital, which is also known as Tshwane, on Tuesday.

A portion of the country’s main highway, the N1, was closed off after protesters hurled stones at cars.

The unrest erupted on Monday after the ruling African National Congress (ANC) released the names of mayoral nominees for local government elections on August 3.

Similar protests broke out earlier this month in Durban in the home province of President Jacob Zuma, signalling increasing factionalism within the party ahead of a vote which analysts believe could see the ANC lose power in some major cities.

The party is reeling under “factionalism, corruption and leadership without credibility”, said political analyst Prince Mashele.

Police refused to give details of damage or casualties caused by the protests, but said they were investigating a case of murder, along with malicious damage to property and intimidation.

Local media reported that an ANC supporter was shot during a party gathering in Pretoria on Sunday, and later died in hospital.

Several deaths attributed to factionalism within the ANC have been reported from around the country in the run-up to the elections.

ANC secretary general Gwede Mantashe denied that the Pretoria protests were sparked by the party’s choice of a mayoral nominee, but described them as acts of “thuggery” driven by factionalism and patronage.