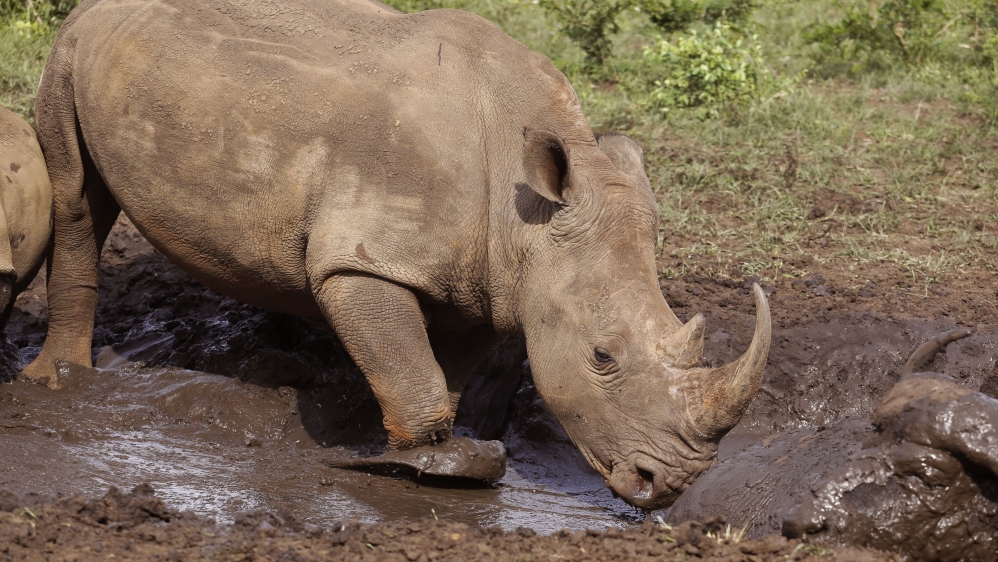 Luanda, Angola – The international community must work together together to tackle the alarming growth of environmental crime, a leading UN official has told Al Jazeera.

The value of plundered natural resources today is estimated to be as high as $258bn, up by 26 percent compared to 2014, making environmental crime the world’s fourth most lucrative illegal activity – following drug smuggling, counterfeiting and human trafficking.

Marked on June 5 annually, this year’s WED theme is about the fight against the illegal trade in wildlife.

Al Jazeera’s Tania Page spoke to Steiner about the impact of environmental crime, the threat of poaching and the need to preserve biodiversity in Angola and beyond.

Achim Steiner: People care more and more about what’s happening to the environment. They care about what that means in terms of air quality and health, as well as in terms of threatened species and losing something that is part of our natural heritage.

They are mobilising more, and so are governments. We are realising at the beginning of the 21st century that we can’t live without nature. It’s not all about technology and that is changing the way we look at what we need to do.

Al Jazeera: What about the negatives?

Steiner: This week we’re focused on environmental crime, which is often underestimated. Between UNEP and Interpol, we now believe that the total volume in financial terms of environment crime globally is over $250bn – it has increased by 26 percent over the last two-three years.

It involves ivory poaching but it goes much further. We’re talking about people cutting down forests for charcoal, illegal timber and fisheries and the dumping of electronic waste. It’s not just an environmental problem, it’s a threat to our societies.

Firstly, it’s stealing from nations; secondly the proceeds finance conflicts and divisions in society. It’s a way of undermining our economies, let alone killing vital biodiversity and pushing some species to the point of extinction. It is something that the whole world has to work together on, it’s part of the phenomenon of globalisation. People can join the Wild for Life campaignto make a difference.

Al Jazeera: Why host the global event in Luanda, when Angola has been slow to join CITES? Angola is, after all, one of – if not the biggest – exporter of oil on the continent.

Steiner: We at UNEP believe in understanding the deeper story behind a country. Angola endured a brutal civil war for many years. Yes, it found oil and has been able to finance its recovery from war, but what many don’t know is that this is one of the biggest countries on the continent, one of the most ecologically wealthy ones too.

The government has begun to understand the value of nature to its future and its people. It’s shutting down the largest domestic ivory market on the continent.

INSIDE STORY: Who is gaining from illegal wildlife trade?

On Saturday, we inaugurated a new rangers school and there’s new legislation to put poaching crime from a petty crime to a serious one. We’re putting a spotlight on a country that’s making decisions on a future that could go either way.

Steiner: Yes, Angola is a source country for poached ivory and a transit country for ivory from parts of central Africa.

We’re dealing with environmental crime, which is about much more than the poacher – it’s about criminal syndicates that are one day smuggling people, the next day weapons, the next day drugs.

What we’ve found in our new report is that the environmental crime economy is now the fourth largest economy in the world.

Al Jazeera: One of the key messages from Angola is that there’s a huge impact from the bushmeat trade – people hunting wild animals for food or to sell. Has that issue slipped through the web of attention because we’ve been so busy worrying about the iconic species like elephant and rhino?

Steiner: Our tendency is to focus on what we call the charismatic mega-fauna, the big animals. But there is currently a National Geographic team trying to change that. They’re exploring the head waters of the Okavango Delta – one of the great world wonders, which are here in Angola – and they’re finding whole new species.

The whole area that connects Angola, Namibia, Zimbabwe, Botswana and Zambia is one of the most extraordinary wildlife ecosystems on the world – home to 250,000 of the world’s elephants, over half the population that’s left.

That’s all part of the massive transfrontier conservation initiative. But it’s not just about parks and protecting nature. We have to make nature work for people.

Cuando Cubango in Angola is an extraordinary eco-tourism destination. If Angola can make that part of the country a conservation area that produces both habitat for wildlife and eco-tourism, then local people can make a living servicing that industry and there will be more of a motivation to preserve the wildlife.