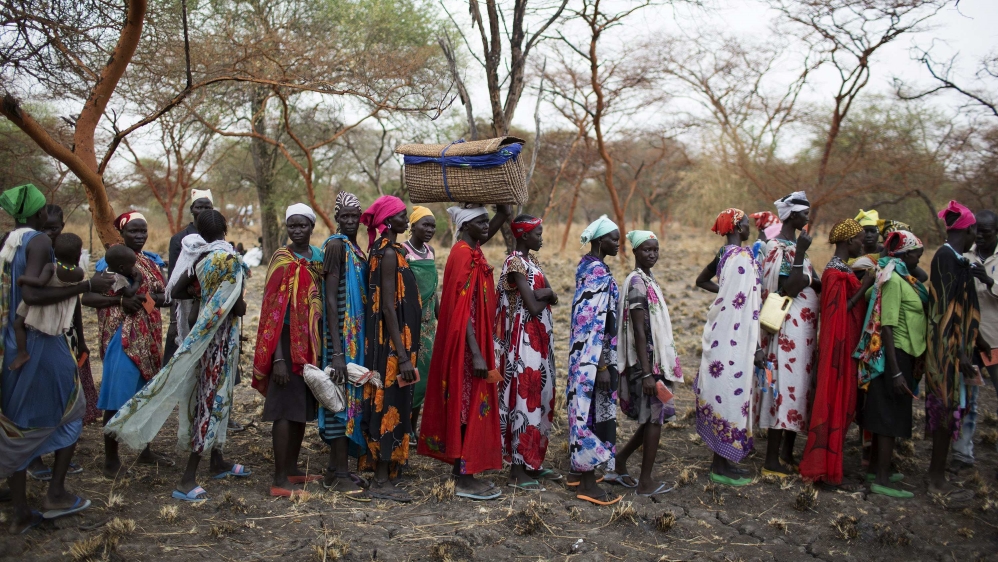 Tens of thousands of people have fled fighting in northwestern South Sudan between government troops and a newly formed rebel group, as food shortages in the country hit their highest levels in two years.

The Medical aid group Doctors Without Borders (MSF) said on Wednesday that nearly 70,000 people have fled their homes in the town of Wau since Friday. About 10,000 of them have taken shelter at a United Nations base in the area, where streams of displaced continue to arrive.

“We don’t yet know how many people were killed, but dead bodies are still lying in the streets,” said MSF deputy medical coordinator David Kahindi.

The government has blamed the violence on a new hardline rebel group that includes former government troops, fighters from the Ugandan-led rebel group the Lord’s Resistance Army and a Sudanese militia known as the Janjaweed.

Government spokesman Michael Makuei said Tuesday that the rebel group was being led by Muslim veteran politician Ali Timi Fartak. Fartak has not yet commented on the government’s claims.

The United Nations warned on Wednesday that up to 4.8 million people in South Sudan face severe food shortages in the coming months, the highest level since conflict erupted more than two years ago.

Clashes between warring factions in South Sudan have continued to flare despite a peace signed in August last year aimed at ending violence that began in December 2013.

The deal has been slow to take hold, allowing the country’s economic crisis to steadily worsen. Heavy rains and ongoing conflict mean that many of South Sudan’s farmers have been unable to access their crops.

“The deteriorating situation coincides with an unusually long and harsh annual lean season, when families have depleted their food stocks and new harvests are not expected until August. The level of food insecurity this year is unprecedented,” three UN agencies said in a joint statement.

The UN World Food Programme said it was planning to assist 3.3 million people this year with emergency food assistance, life-saving nutritional support and other aid.

“We are very worried to see that food insecurity is spreading beyond conflict areas as rising prices, impassable roads and dysfunctional markets are preventing many families, even those in towns and cities, from accessing food,” said Serge Tissot of the UN Food and Agriculture Organisation.

At least 100,000 people have fled South Sudan in recent months to the neighboring countries of Kenya, Sudan, the Democratic Republic of Congo and Uganda, according to the UN agencies. They expect this number to rise to 150,000 by the end of June.