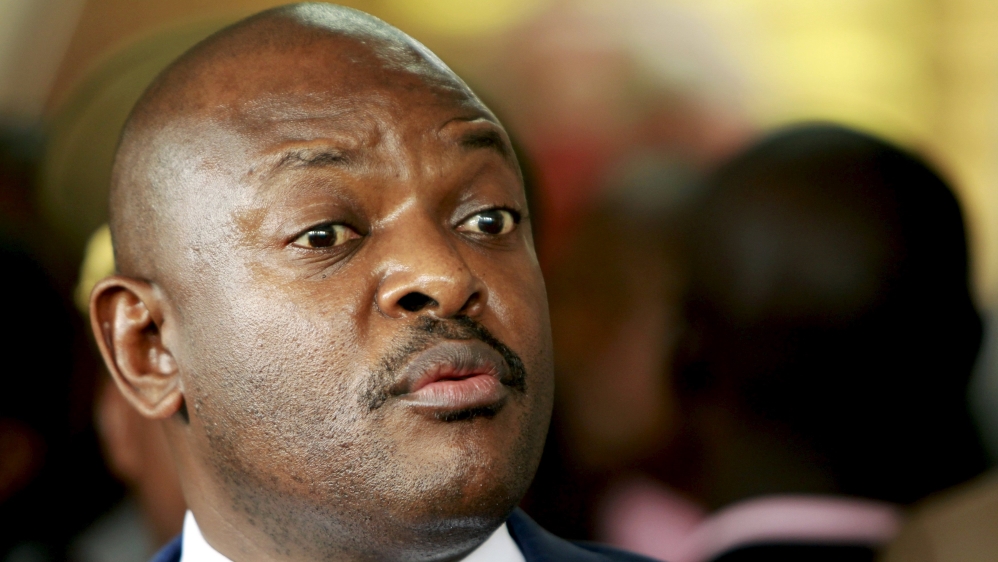 Police in Burundi opened fire and injured at least two people during a protest by schoolchildren against the arrest of fellow students for defacing a photo of President Pierre Nkurunziza, residents and pupils said.

A police official told the AFP news agency that 11 high school students in Muramvya, about 50km east of the capital Bujumbura, were detained on Friday for “insulting the head of state.

“The children, six girls and five boys aged over 14, were placed in custody in Muramvya central prison in mid-afternoon,” the official added, speaking on condition of anonymity.

The information was confirmed by several witnesses, including a parent who saw his daughter being taken off to the prison, and a lawyer who helped the students, AFP reported.

About a dozen others, aged under 14, the age of criminal responsibility in Burundi, were released.

Following the arrests, hundreds of local students immediately rallied to demand the release of their colleagues, witnesses said.

The demonstrators, aged between 12 and 17, were marching on the highway between Bujumbura and Gitega.

“We were in the streets to ask for the release of our colleagues who were unjustly arrested, then some police officers who were in a pick-up vehicle of the intelligence office opened fire on us, a colleague was hurt by one bullet and was taken to hospital for treatment,” one student told the Reuters news agency.

A police officer confirmed to Reuters that a student, along with a taxi driver, had been shot, while witnesses told AFP that two demonstrators and a passing motorcyclist had been injured.

Burundi has been mired in a year-long crisis in which more than 450 people have been killed since Nkurunziza pursued and won a third term. Opponents said his move violated the constitution and a deal that ended a civil war in 2005.

Nkurunziza’s camp says a court ruling had declared the former rebel-turned-president eligible to seek another term.

INSIDE STORY: Can talks lead to peace in Burundi?

In a separate incident two weeks ago, more than 300 students of a school in Ruziba were sent home after staff found a picture of the president had also been defaced in textbooks.

Insulting the president carries a potential jail term of five to 10 years, according to Burundi’s penal code.