A white South African woman has been fined the equivalent of $10,000 for referring to black beachgoers as “monkeys” in a Facebook post.

“Her words convey the message both explicitly and implicitly to the reader that black people are not worthy of being described as human beings,” magistrate Irfaan Khalil of the Umzinto Equality Court in Durban said in a written judgment Friday.

Sparrow’s daughter told the court her mother was too ill to appear.

Sparrow wrote that some celebrating the new year at beaches were making a mess.

“I do know some wonderful thoughtful black people,” she wrote. “This lot of monkeys just don’t want to even try.”

How Do You Say 'Gnarly' In Amharic? Ethiopia Gets Its First Skate Park

Ten years after the inaugural Development Effectiveness Review, the African Development Bank is once more shepherding African economies through a global crisis 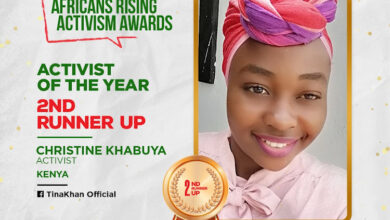