An official body in South Africa has ruled that university bursaries offered to proven female virgins were unlawful and should be scrapped. 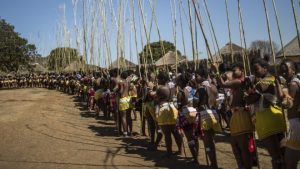 The Uthukela municipality in KwaZulu-Natal province introduced the bursaries to reduce Aids and child pregnancies.

But the Commission for Gender Equality ruled that a bursary “contingent on a female student’s virginity is fundamentally discriminatory”.

The scheme caused an uproar when it was unveiled earlier this year.

In a ruling made after rights groups referred the scheme to it, the commission said: “It goes against the ethos of the constitutional provisions in relation to dignity, equality and discrimination.”

“Virginity is not intrinsic to the task of studying,” it added.

The municipality, which is in a socially conservative part of South Africa, has not yet commented.

The commission has given it 60 days to respond to its recommendation that the scheme should be closed, the AFP news agency reports.

An estimated 6.3 million people in South Africa are HIV-positive, with more than one in 10 people living with the virus.

Teenage pregnancy are also on the rise in South Africa.

When the scheme was unveiled, Uthukela mayor Dudu Mazibuko said the virginity tests would not be carried out by the municipality or universities.

Instead, schoolgirls who had already undergone the tests as part of an annual ceremony hosted by the Zulu king would qualify for the bursaries, she said.