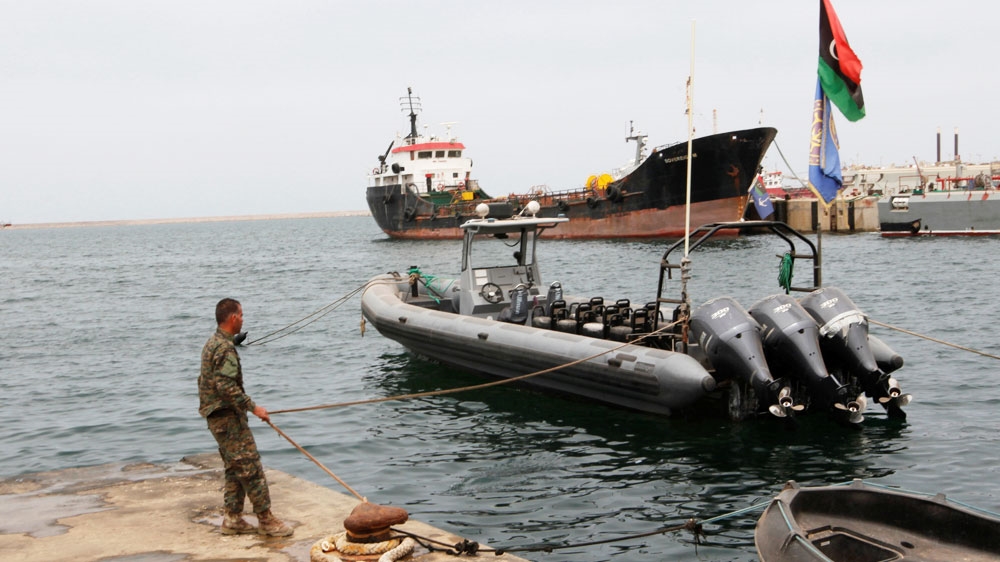 The bodies of at least 85 people who drowned trying to cross the Mediterranean Sea were found washed up on beaches near the Libyan city of Zuwarah, a Red Crescent official has said.

Al-Khamis al-Bosaifi said on Thursday that most of the victims appeared to be from sub-Saharan Africa, though their bodies were decomposed and it was not clear when they had drowned.

The bodies of two children were among those recovered, he said.

On Tuesday, the UN refugee agency said at least 880 people drowned over the past week following a series of shipwrecks as departures from the North African coast towards Italy surged.

Many of the boats are believed to have left from the shore around Zuwarah and Sabratha in Libya’s northwest.

A coastguard spokesman in Tripoli said no boats had been intercepted over the past two days, with rougher seas preventing patrols.

People smugglers in Libya have exploited political chaos and lawlessness to expand their activities along routes from sub-Saharan Africa, often working with local armed groups.

The head of the EU’s Mediterranean naval mission recently said that people smuggling was estimated to account for between 30 and 50 percent of the gross domestic product in northwestern Libya.

Refugees and migrants reportedly pay smugglers hundreds of dollars for a place on boats, often flimsy inflatable craft that either sink or are picked up by international rescue missions.

The new Libyan government faces a complex challenge asserting its authority, while efforts to counter people trafficking were thrown into disarray by the conflict that followed Libya’s 2011 uprising, and the coastguard feels abandoned.

“The only assistance we have been offered so far is promises,” Colonel Abdulssmad Massoud, of the coastguard in Tripoli, told the Reuters news agency.

So far this year more than 40,000 people have crossed the Mediterranean Sea from North Africa to Italy by paying people smugglers for the journey, broadly in line with a steep increase in numbers since 2014.

The most senior-level annual oil and gas-LNG event held in, on and for Africa