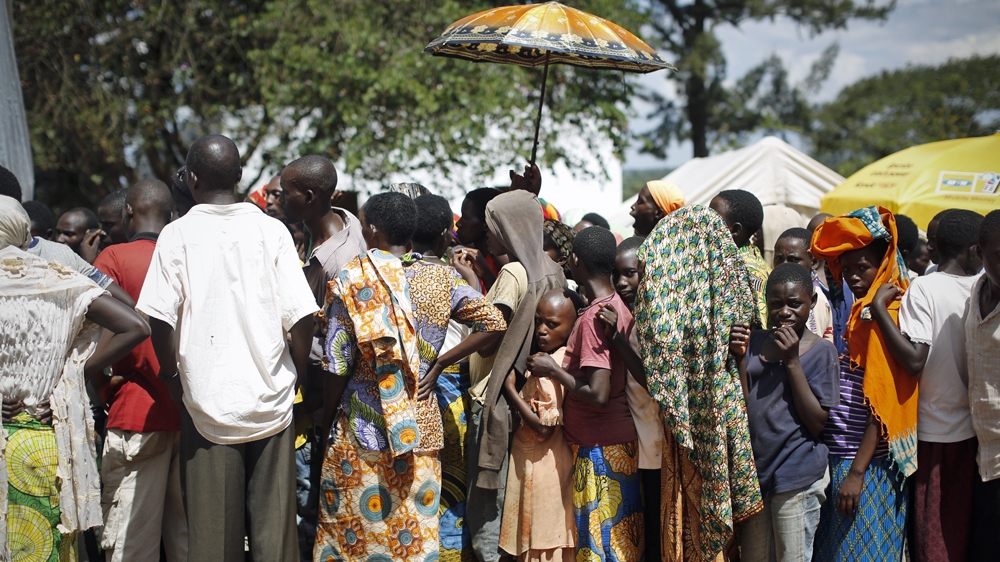 Rwanda’s foreign minister has denied a wide range of allegations against her country, including human-rights abuses, suppression of press freedoms, and extrajudicial killings.

Taking to Al Jazeera’s Mehdi Hasan on the show Upfront, Louise Mushikiwabo dismissed the claims brought forth by Amnesty International, Human Rights Watch and Reporters Without Borders, and countries Rwanda is allied with on the government’s intolerance for opposition voices and criticism.

“Let me put it this way: Rwanda, as any other country that I know of, has its own way of doing things,” Mushikiwabo said in response to a remark that Rwanda seems to be on its own in defending itself.

“And not everybody should be agreeing with what the government of Rwanda is doing.”

Mushikiwabo also revisited her government’s stance that the BBC was banned from Rwanda because it promoted “genocide ideology”.

“In Rwanda that is not acceptable.”

Mushikiwabo also commented on the alleged murder in 2014 of the exiled Rwandan intelligence officer Patrick Karegeya, who was found dead in his hotel room in Johannesburg.

The country’s defence minister, in response to the incident, had said: “When you choose to be a dog, you die like a dog” suggesting the government’s complicity in Karegeya’s death.

“Let me again put it this way: I don’t know anybody who betrays a country that gets rewarded,” Mushikiwabo said on the issue.

She said Karegeya, who was allegedly killed while in exile despite never having been convicted of a crime, threatened Rwanda.

“Why should I be unhappy about my enemies and people who threaten?” she asked.

When it came to Rwanda’s involvement in the violent political crisis in neighbouring Burundi, Mushikiwabo insisted her country’s only association was in taking care of Burundian refugees.

She said on the crisis: “When people make wrong choices then they have to live with the consequences.”

Mushikiwabo rejected an UN Panel of Experts’ report from earlier this year that accuses Rwanda of recruiting and training Burundian refugees in Rwanda with the goal of overthrowing Burundian President Pierre Nkurunziza.

“If I wanted to overthrow I would use my own army. I would not pick up children in a refugee camp,” she said.

The crackdown on Burundians follows the expulsion of thousands of Rwandans by Burundi since April 2015.

WATCH: Rwanda: From hatred to reconciliation

Burundi has been in political crisis since then, after Nkurunziza controversially decided to run for a third term which he went on to win in a July election.

Hundreds have been killed and more than 200,000 have fled Burundi, according to the UN, raising fears of a return to the civil war fought between 1993 and 2006.

Burundi has accused Rwanda of interfering in its political crisis, which has seen Burundian government forces clash with protesters and rebels who say the president violated the constitution by standing for another term.

The full interview will be aired at 19:30 GMT on Friday and will also be available online at www.aljazeera.com/upfront.

Mozambique: “As soon as Cabo Delgado has peace again, Total will come back”